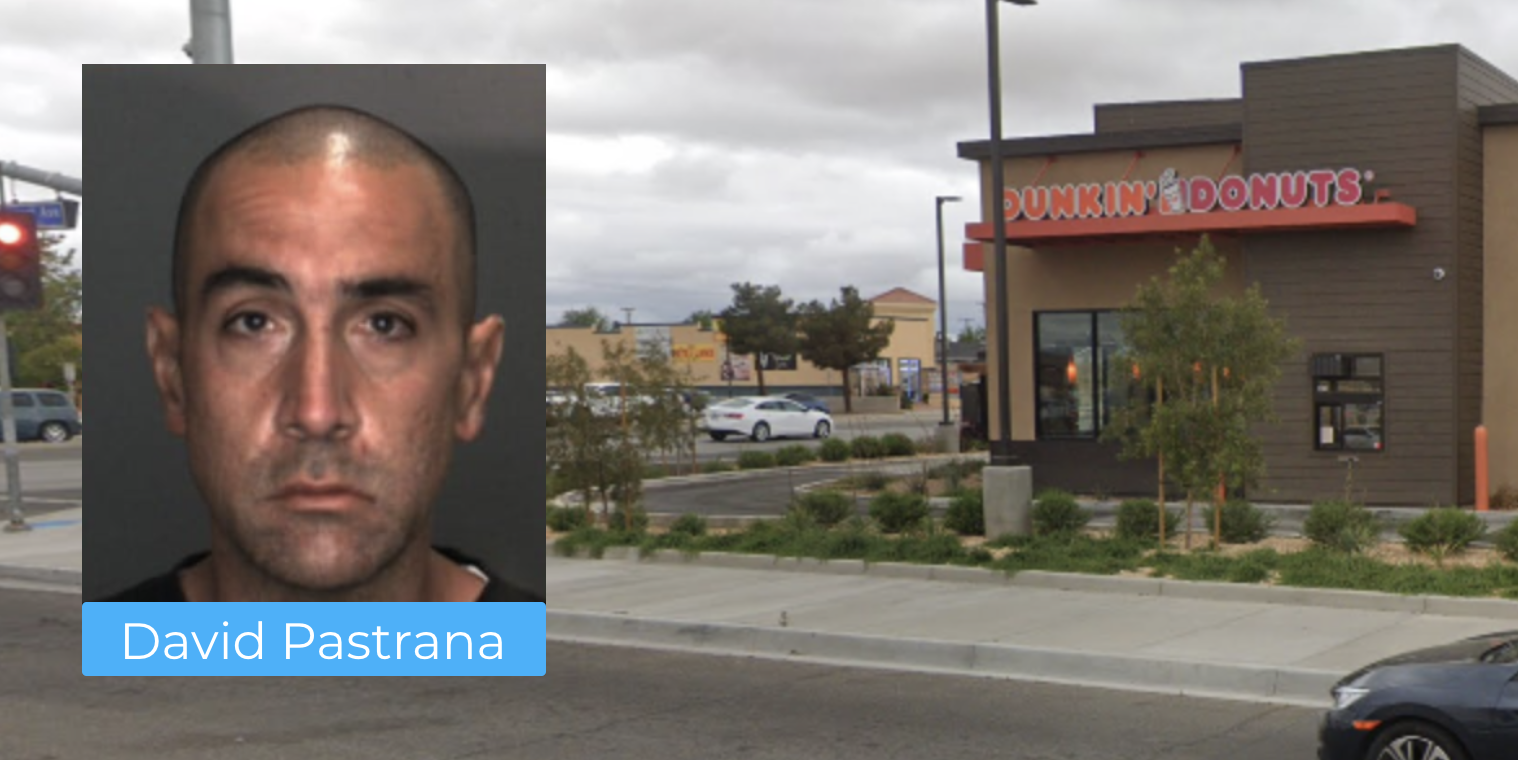 VICTORVILLE, Calif. (VVNG.com) — Victorville Police arrested a man after he tried forcing his way into a Dunkin’ Donuts drive-thru window during an attempted burglary.

Sheriff’s spokeswoman Mara Rodriguez said the suspect identified as 42-year-old David Pastrana, a resident of Victorville, attempted to force his way into the business via the drive-thru window and the back door.

“Employees were inside and witnessed the incident on store cameras.  Deputies arrived and located the suspect in a nearby parking lot,” stated Rodriguez.

The suspect was arrested without incident and booked at High Desert Detention Center for attempted burglary. According to public jail records, he was released from custody on the same date as his arrest.

On May 7, 2021, the suspect was arrested by the Barstow Police Department after officers conducted a pedestrian check and determined he had an outstanding warrant for possession of drug paraphernalia.