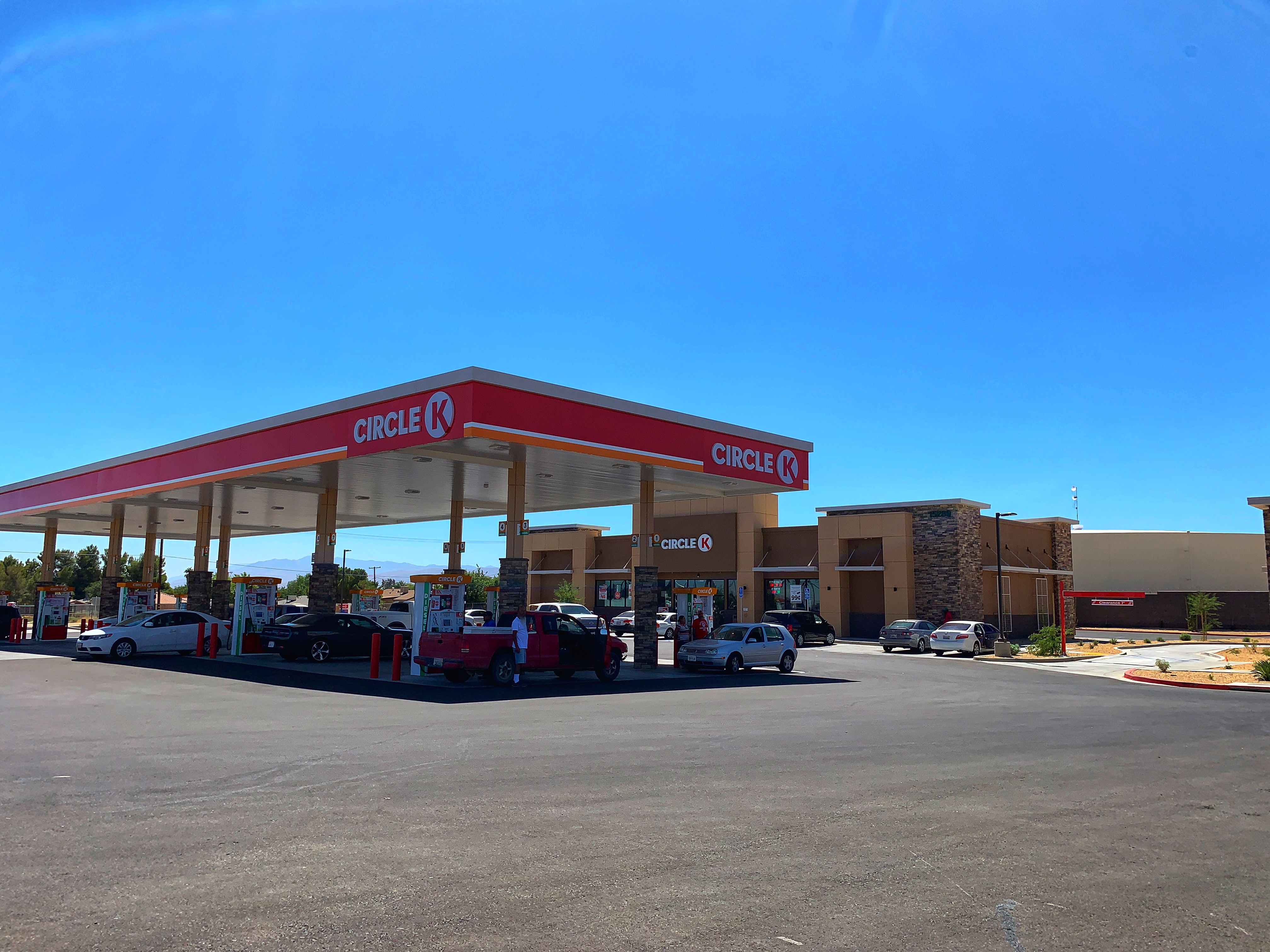 VICTORVILLE, Calif. (VVNG.com) — An 18-year-old suspect is in custody and a second remains at large after a botched attempted robbery at a Victorville gas station that had it’s grand opening celebration two weeks ago.

Sheriff’s officials said at about 12:40 pm they responded to the location after receiving a reporting of a man gun call. The reporting party witnessed two black males at Circle K putting firearms in their waistbands and entering the store.

According to a sheriff’s news release, “During the investigation, it was discovered the two suspects entered the store, walked around the interior, and then went out to a black Lincoln sedan. They each retrieved a firearm and placed them in their waistbands, pulled the hoods of their sweatshirts over their heads, and re-entered the store. When the first deputy arrived at the location, it is believed the suspects saw the deputy. One suspect walked out of the store and went to the dumpster area. He then fled the scene. The other suspect, identified as Aaron Briggs, made a purchase and exited the store. Briggs was detained near the scene.”

A loaded firearm was found in the brush where Briggs, a resident of Helendale was detained. He was arrested and booked at High Desert Detention Center for conspiracy to commit a crime, robbery, carrying a loaded firearm, and burglary.

A second loaded firearm was found in the dumpster where the other suspect was seen before fleeing the incident location. An extensive search for the suspect was conducted, however he was not located.

The outstanding suspect was described as a black male adult, approximately 5’7” tall, and 150 lbs. He was last seen wearing a black hoodie, gray shorts, white socks, and black sandals.

Anyone with information about this on-going investigation and the second suspect is asked to contact Deputy J. Carroll at the Victorville Police Department at (760) 241-2911 or Sheriff’s Dispatch at (760) 956-5001.