VICTORVILLE: A San Bernardino County deputy survived an ambush Sunday evening after a suspect opened fire on him while he was conducting a traffic stop in Victorville. The suspect’s gunfire did not hit or injure the deputy but the brazen attempt to take a uniformed deputy’s life proves the violent climate in which law enforcement officers now work.

On Sunday, February 2, 2014, at approximately 9:45 p.m., a deputy from the Victorville Police Department was conducting a traffic stop in the area of Hesperia Road and Green Tree Boulevard in the City of Victorville. As the deputy was returning to his vehicle, he noticed a new, silver Chrysler 300 driving toward him on Hesperia Road. The vehicle slowed and a window on the driver’s side was lowered half way. The deputy saw muzzle flashes and heard four gunshots coming from the Chrysler 300.

The suspect vehicle fled north on Hesperia Road. The deputy returned fire and attempted to catch the vehicle but was unsuccessful. Detectives responded to the scene, collected evidence of the shooting, spoke with witnesses and scoured the area for clues.

Detectives located a vehicle matching the description of the suspect vehicle at 13800 Block of Apple Creek, within blocks of where the shooting occurred. Investigators located evidence consistent with a gun being shot from within the vehicle. A search warrant was obtained for the residence and additional evidence related to the shooting was recovered, such as:

The suspect Shawn Munoz, 31 a resident of Ontario has been arrested for Attempted Murder on a Peace Officer, and will be booked at WVDC.

Anyone with information regarding this investigation is urged to contact the Victorville Police Department at (760) 241-2911 or Sheriff’s Dispatch at (760) 956-5001. Callers wishing to remain anonymous are urged to call the We-tip Hotline at 1-800-78-CRIME (27463) or you may leave information on the We-Tip Hotline at www.wetip.com. 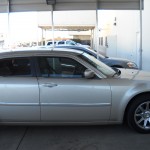 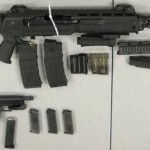 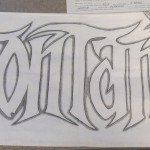