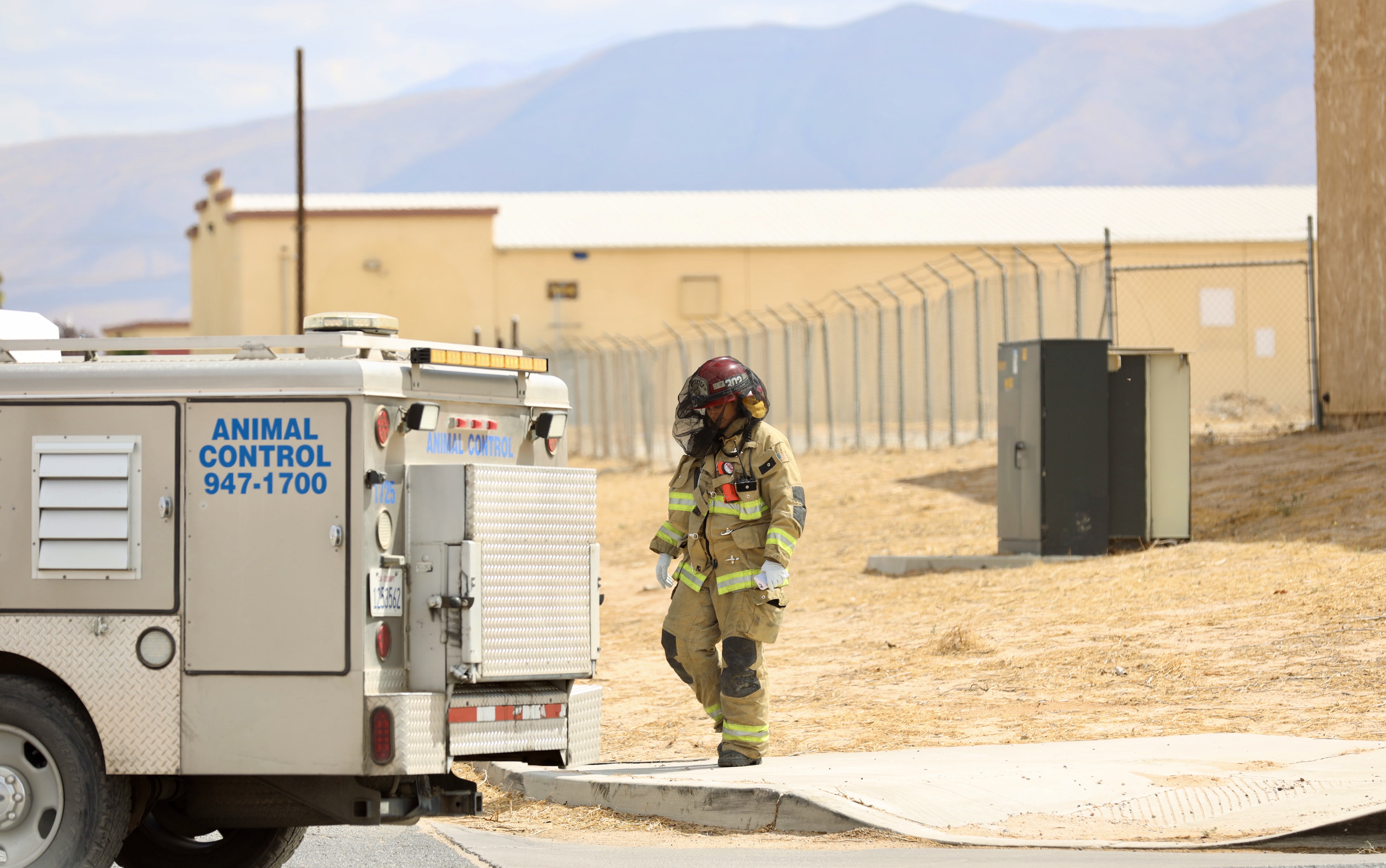 HESPERIA, Calif. (VVNG.com) — A swarm of bees attacked at least four people Thursday, including an elderly man that was reportedly stung nearly 70 times.

San Bernardino County Fire responded to the area of Hercules Street and C Avenue in the city of Hesperia at about 11:16 a.m., September 26, 2019.

“We responded with three ambulances and two engines,“ Hauducoeur said. “In total, four people were taken to the hospital, and one of those victims sustained injuries we classify as life-threatening.”

The critically injured victim was rushed to Desert Valley Hospital.

A bee hive was located near a salvaged boat, prompting officials to contact Vector control.

“Vector will show up and collect the queen bee, then move the hive along to somewhere safer,” stated Hauducoeur.

One victim reportedly had a known allergy to bees, but did not have any emergency medication.

“People who have allergies to bees should have an EpiPen, or nearby family member with one, especially if they’re planning any outside activities,” Hauducoeur said.

Additionally, animal control was summoned to assist firefighters with a dog that was in the business yard.

Deputies from the Hesperia Station blocked access to the area to prevent further attacks until Vector Control arrived.