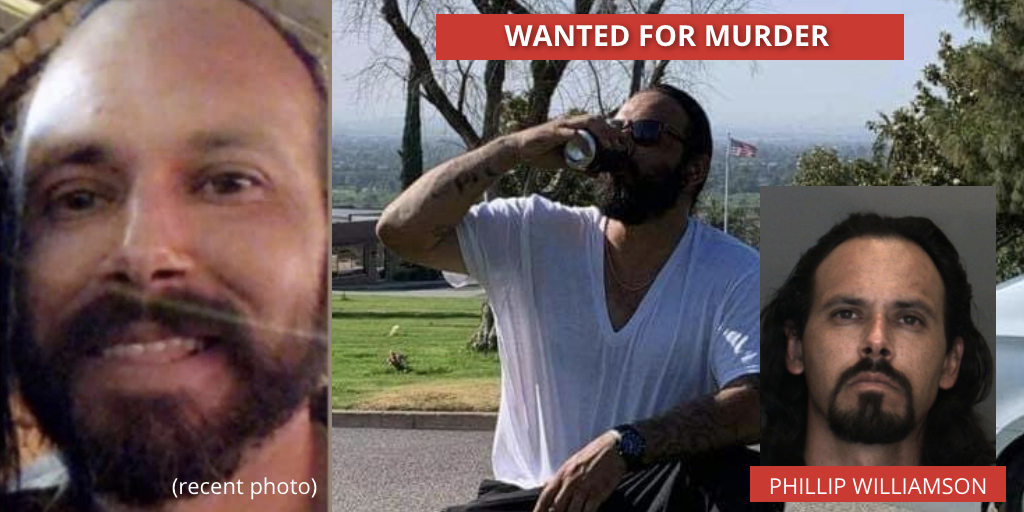 HESPERIA, Calif. (VVNG.com) — An armed and dangerous murder suspect that remains on the run was just tied to two additional murders and a house fire, officials confirmed.

The 37-year-old suspect, Phillip Williamson, is believed to be responsible for the murders of Brandi Jones, 35, Jason Culberson, 43, and Melissa Graetz 37, officials said.

Williamson’s first known victim, 35-year-old Brandi Jones, was found dead in the back seat of her abandoned Hyundai at about 10:00 pm on August 30, 2019, on Wisconsin Street in Apple Valley.

Police learned of Brandi’s death after Williamson drove her lifeless body to a residence in the 20000 block of Wisconsin Street to the house of 76-year-old Brian St. John.

Sources who know the victims said that Williamson drove to St. Johns house in Apple Valley searching for the elderly man’s son. The son was not home, however, Phillip robbed St. John for a gun and $400, officials confirmed.

Later that night, on August 30th, is when Phillip returned to the area of Wisconsin Street and ditched the Hyundai and Brandi’s body.

Several days later on September 3rd, the bodies of Melissa and Jason were found inside a small rental unit next to an antique shop in the 9000 block of C Avenue in Hesperia following a welfare check.

Sources say that Phillip knew Melissa and John, but did not provide a motive into their death.

On September 9th, a fire erupted at the residence in the 20100 block of Wisconsin which was the location of the Strong-Arm Robbery that occurred on August 30th. Bomb and Arson Investigators responded to the fire and determined it to be Arson.

Nearly two weeks after the first murder, officials released a statement on September 11th stating that the suspect is believed to be responsible for all three deaths and connected to the arson.

Investigators believe that Williamson may have changed his appearance and has shaved his head and facial hair.

Williamson remains outstanding and is considered armed and dangerous. Anyone with information regarding his whereabouts is asked to immediately call 911.

Anyone with information about this investigation is urged to contact the Specialized Investigations Division, Detective David Carpenter at (909)387-3589. Callers can remain anonymous and contact We-Tip at 800-78-CRIME or www.wetip.com.