Sheriff’s officials are asking for the public’s help in identifying the vandals who caused approximately $60,000 in damages to the yet-to-be-completed Silverado High School sports complex over the weekend, San Bernardino County sheriff’s officials reported Thursday. 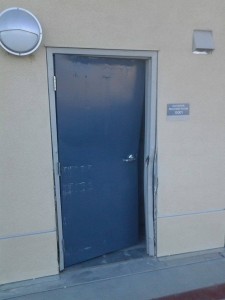 The damage was found after Memorial Day weekend. A metal door appeared to have been pried open, other doors were spray painted with gang-style graffiti although authorities do not believe the vandalism was done by gang members. Most of the damage was done to the Olympic-sized swimming pool. A scissor lift was submerged in the water and cracked the plaster as it landed on the bottom of the pool. A crane had to be brought to the school to pull the lift from the pool. 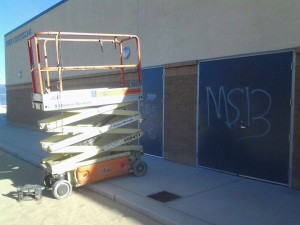 Crews had been working on a new $17.5 million sports complex at the high school that when finished will feature a 50-meter swimming pool with bleachers to seat 500 guest. Along with the pool an all-weather synthetic track and field, a 5,000-seat

Anyone with information regarding the vandalism is asked to contact Detective Scott Stafford at the Victorville Station, 760-241-2911. Callers who wish to remain anonymous may call the WeTip Hotline at 800-782-7463 or visit www.WeTip.com. 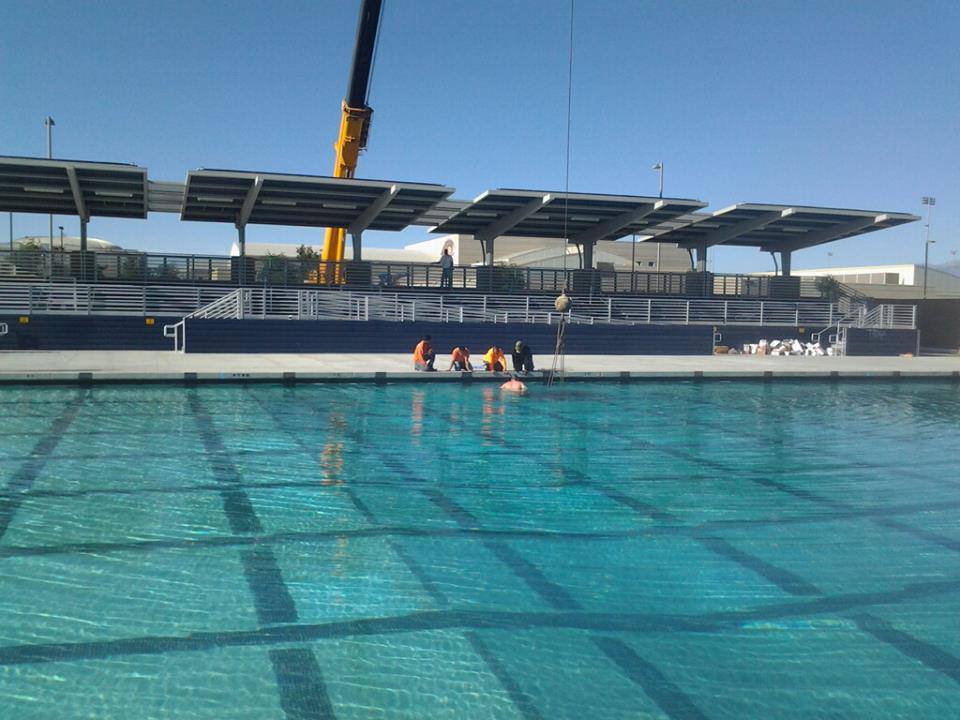