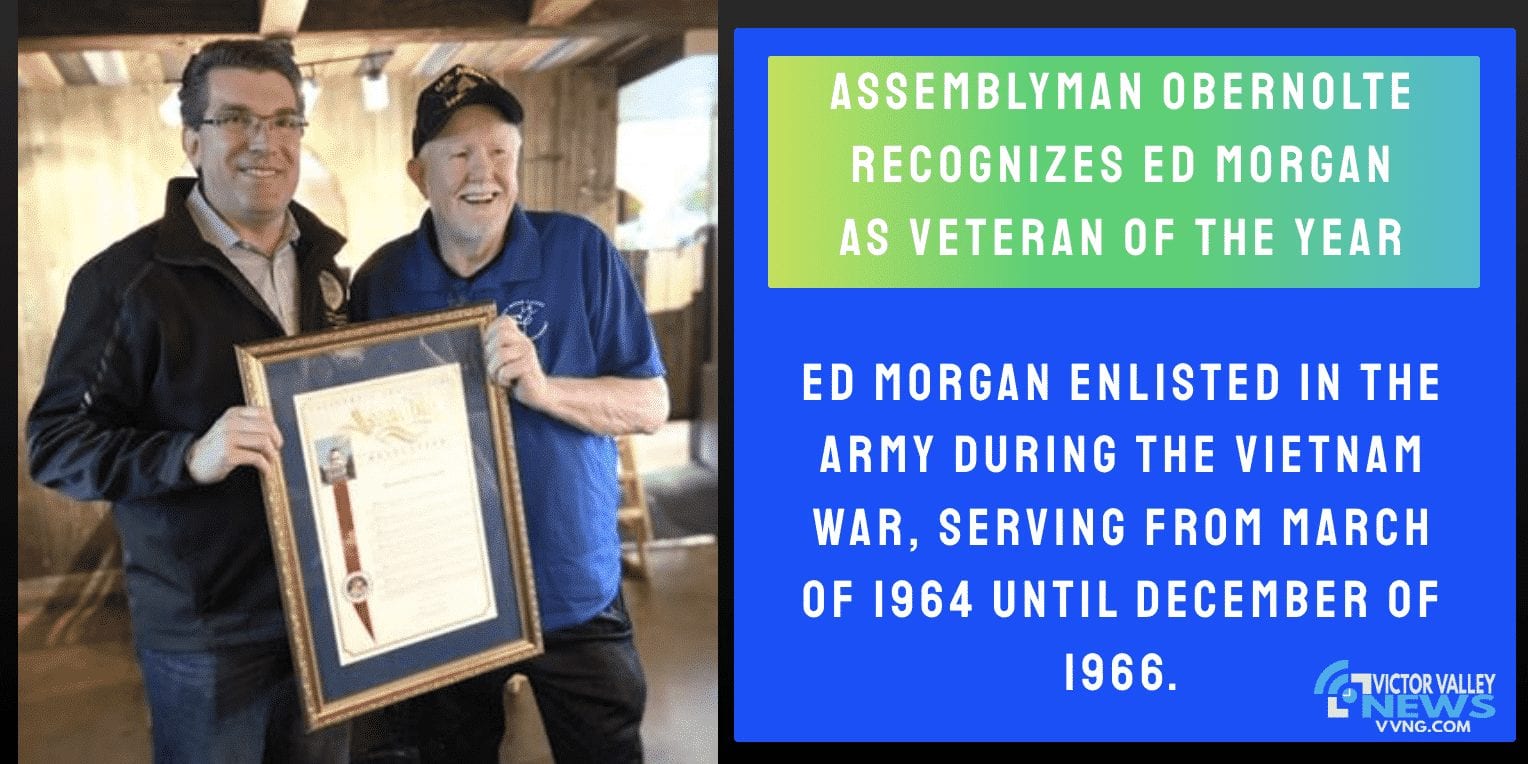 Ed Morgan enlisted in the Army during the Vietnam War, serving from March of 1964 until December of 1966. Ed’s rank was Sergeant E-5 and his main responsibility was working in communications. His specific job was to ensure that his company’s radios were working at all times.

In the event that a soldier’s radio malfunctioned, Sergeant Morgan was responsible for fixing it, an important endeavor given that the radios were the only form of communication that the troops had. This position took a toll on Sergeant Morgan because solders’ lives were dependent on working radios.

“It was an honor to recognize Sergeant Ed Morgan for his military service,” Assemblyman Obernolte said. “His story is one of giving. After making enormous sacrifices to serve his country, Sergeant Morgan continues to serve his fellow veterans. Over the last two years, he has helped over 100 veterans with their VA claims. It was an honor and privilege to recognize Sergeant Morgan for his service to our country and for providing valuable assistance to other veterans in our community.”