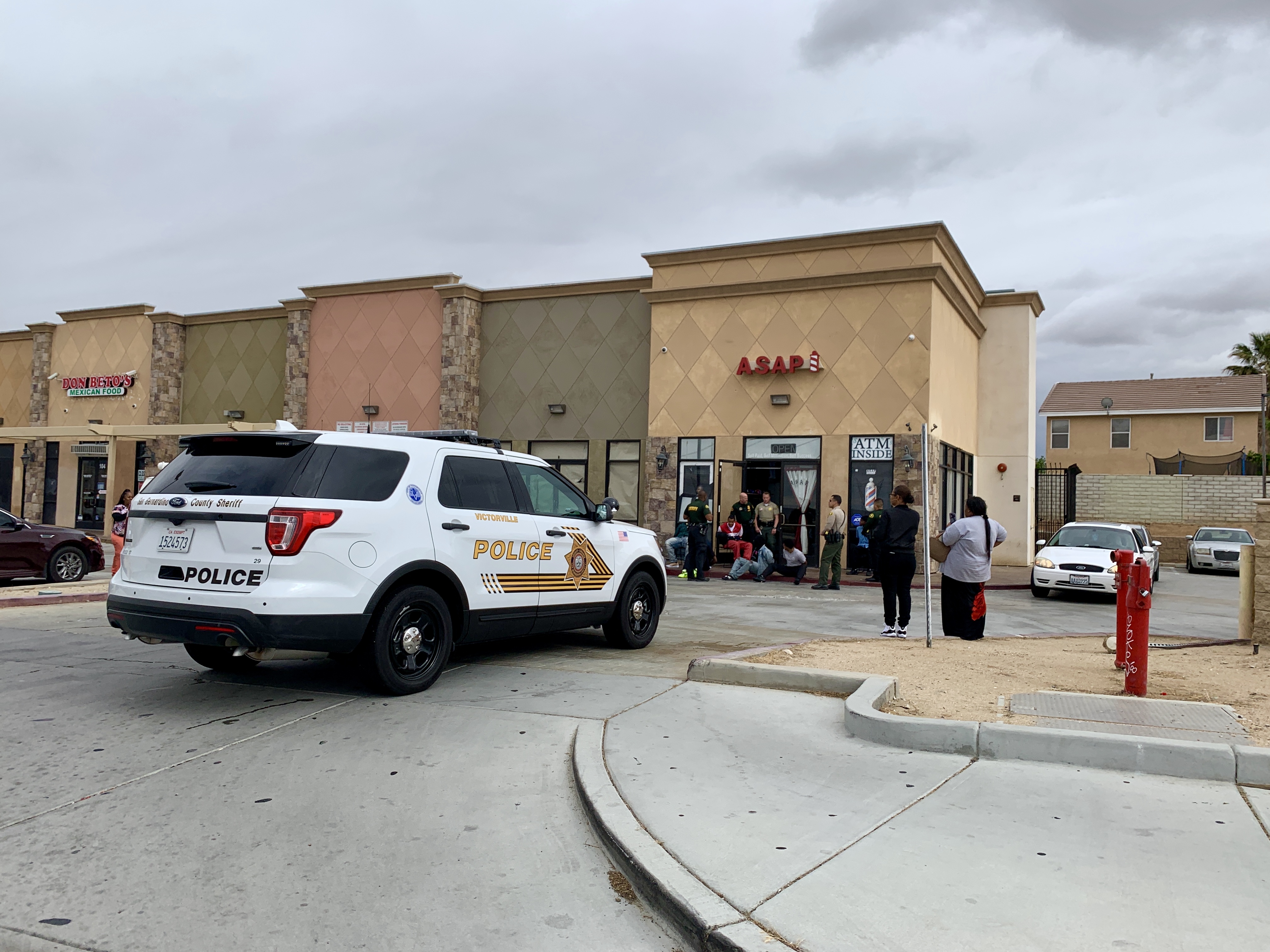 VICTORVILLE, Calif. (VVNG.com) — The owner of ASAP Barber Shop in Victorville was one of two people arrested after the business was raided on Wednesday afternoon, officials said.

It happened at about 2:30 pm, on May 22, 2019, at the corner of El Evado Road and Hook Blvd. in the Michael’s Liquor parking lot, near the Brentwood community.

According to a sheriff’s news release, “the search warrant was authored and issued as a result of numerous reports of criminal activity in the shopping center where the barber shop is located.”

One of the most recent incidents at the location occurred on April 25, 2019, when a group of individuals in front of Mike’s Liquor were the target of a drive-by shooting.

“Although multiple rounds were fired, and businesses were damaged, none of the individuals were struck,” officials said.

Deputies from the Victorville Police Department’s Gang Team, assisted by Deputies and Detectives from the station and Code Enforcement Officers from the City of Victorville, served a search warrant.

During the service of the search warrant, it was discovered that the owner of ASAP, Anthony Allen Waters, 40, a resident of Victorville, and his employees were providing services to customers without the required licensing from the State of California.

“Code Enforcement Officers cited Waters and his employees and the business was ordered to close until proper licensing is obtained,” officials said.

Several arrests were made, including Waters who was found to have outstanding warrants and Dangello Keesee, a 24-year old Victorville resident.

In addition to providing barber services without a valid license, Keesee was identified as one of the suspects in the April 25, 2019 shooting and a warrant had been issued for his arrest.

Keesee remains in custody at High Desert Detention Center for attempted murder. He is scheduled to appear in Victorville Superior Court on May 24, 2019.