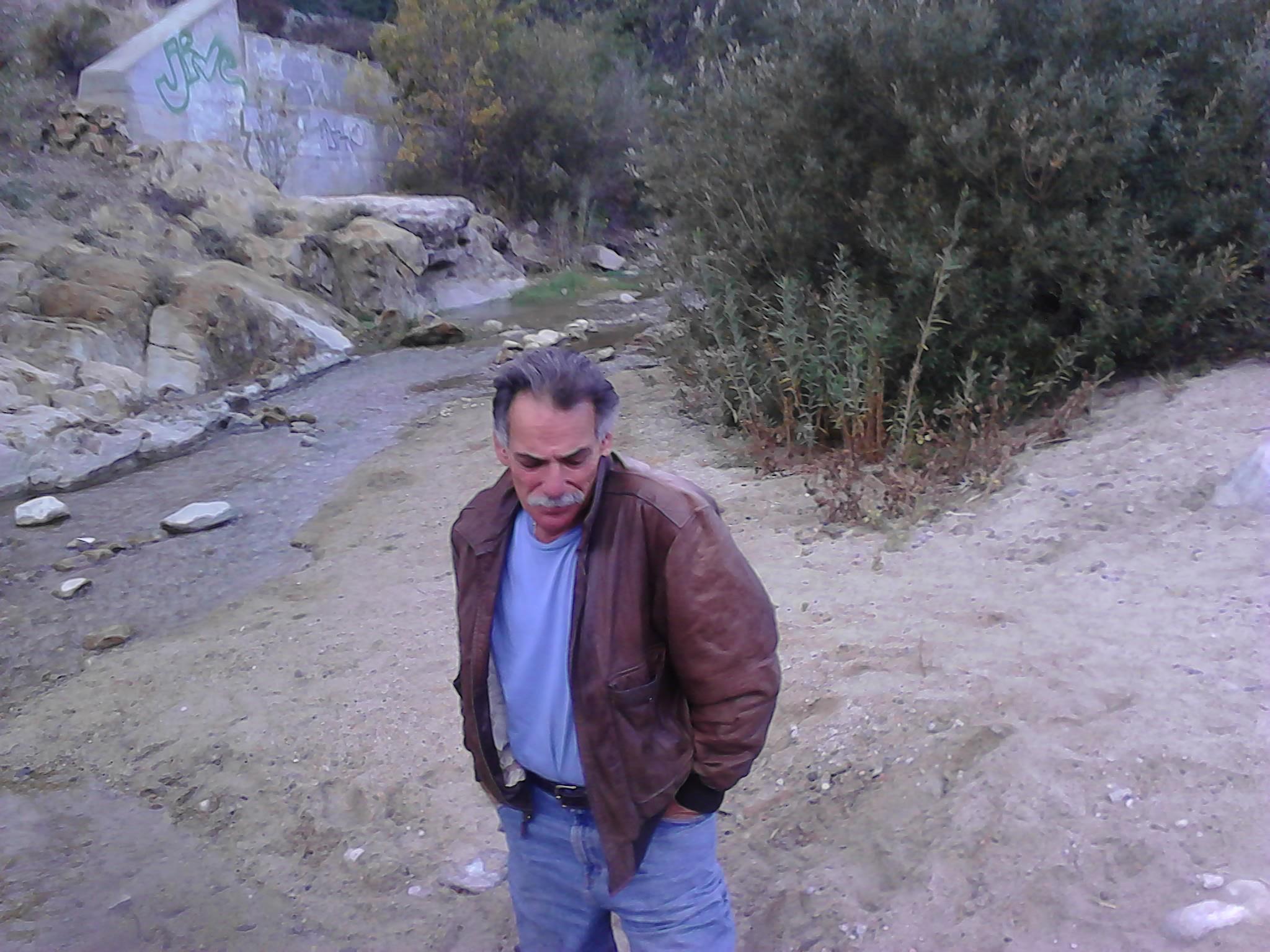 DEVORE, CA:(VVNG.com)- Authorities announced the arrest of an arson registrant found to be in possession of flammables in the area near the previously burned Blue Cut Fire.

Larry Missirlian, 61, a resident of Ontario was contacted by the Union Pacific Rail Road Police on Saturday, September 3rd at about 9:23 a.m.

Missirlian was found sitting inside a parked vehicle while trespassing on railroad property on north Cajon Blvd. and Cleghorn Road in Devore.

Missirlian was parked approximately 10 feet from a large dry unburned area where the Blue Cut Fire had not burned.

After making contact police determined Missirlian was an active parole and an arson registrant.

They conducted a vehicle search and discovered Missirlian had a 5-gallon can of gasoline, large butane torches, lighter fluid, and new cigarette lighters underneath the driver’s seat. The items appeared to be set ready for immediate use.

Missirlian was arrested for arson and for violating his arson / parole terms. He was booked at West Valley Detention Center without incident.

According to public court records, he is currently being held on $50,000 bail for possession of arson material and no bail for violation of parole. Missirlian is scheduled to appear in court on Wednesday, September 7th at 12:30 pm.

Anyone with information regarding this investigation is urged to contact. Callers wishing to remain anonymous are urged to call the We-tip Hotline at 1-800-78-CRIME (27463) or you may leave information on the We-Tip Hotline at www.wetip.com.