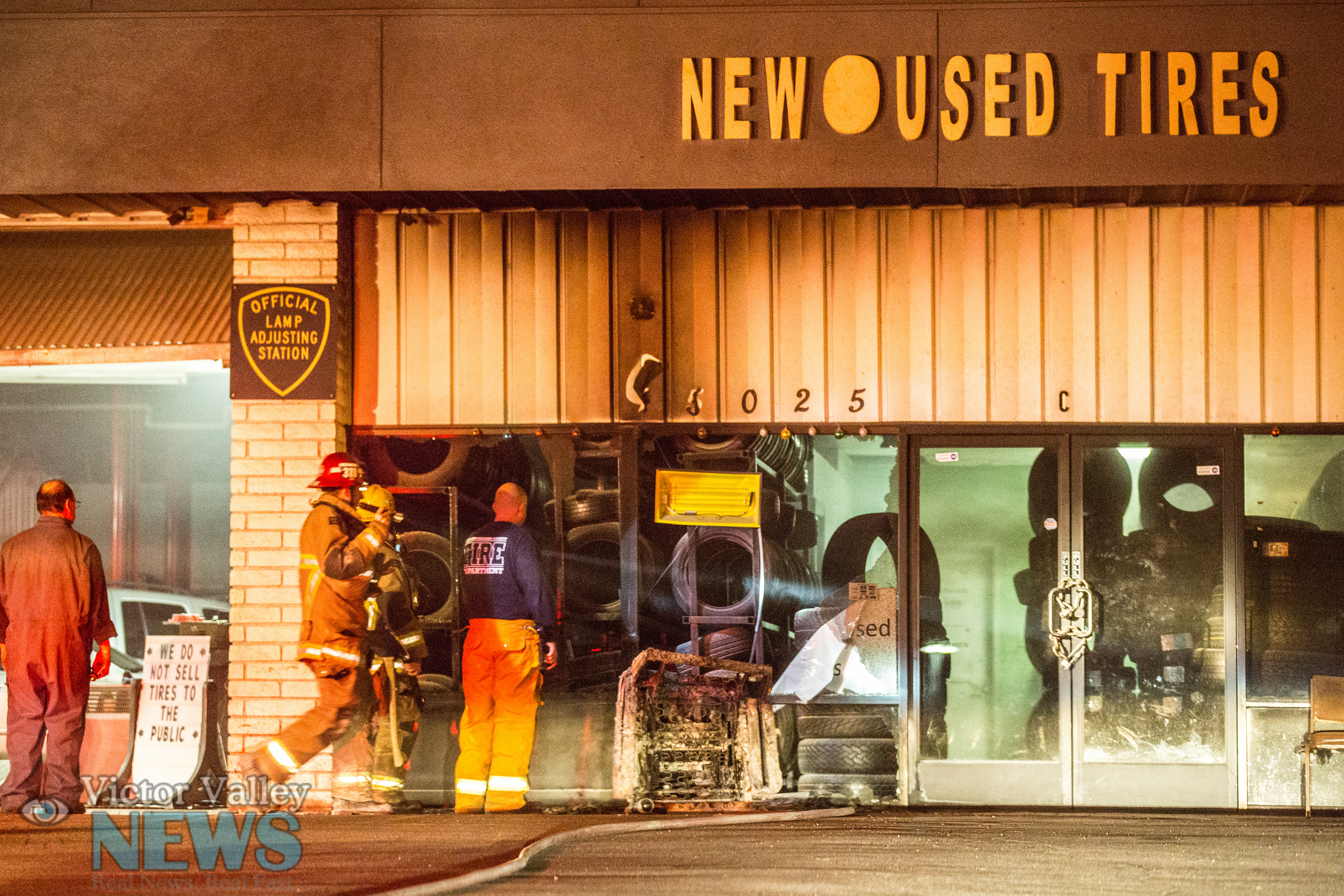 Correction (1/26/16) :  The fire was initially reported to be at Victor Valley Smog and Repair per scanner traffic, it was later determined to be at the used tire shop next door. Please read updated article information below for additional information.

VICTORVILLE-(VVNG.com):  A Monday evening fire at a Victorville Used Tire Shop is being investigated as possible arson, according to San Bernardino County Fire Department officials.

Just after 7:00 p.m. firefighters were dispatched to the report of a commercial structure fire on the 15000 block of Palmdale Road. “We went back to our place of business at Victor Valley Smog and Repair to pick up my wife’s purse she left by mistake. We saw flames coming from the tire shop and ran into our business to get a fire extinguisher,” said Gene Kardos, the owner of Victor Valley Smog Service and repair. Kardos said it was almost meant to be since it is not like his wife to forget her purse.

San Bernardino County Fire Spokesman Capt. Jeremy Kern told Victor Valley News that when firefighters arrived the fire was already put out by Kardos and his wife, who own the business next door when they arrived.

The cause was suspicious and believed to be arson; it is currently under investigation by San Bernardino County Fire Department investigators and the Sheriff’s department.

“Damage was limited to a broken front window, fire damage to the front building and it charged the building with smoke,” said Capt. Kern. There was no one at the business at the time of the fire and no injuries were reported as a result of the fire.