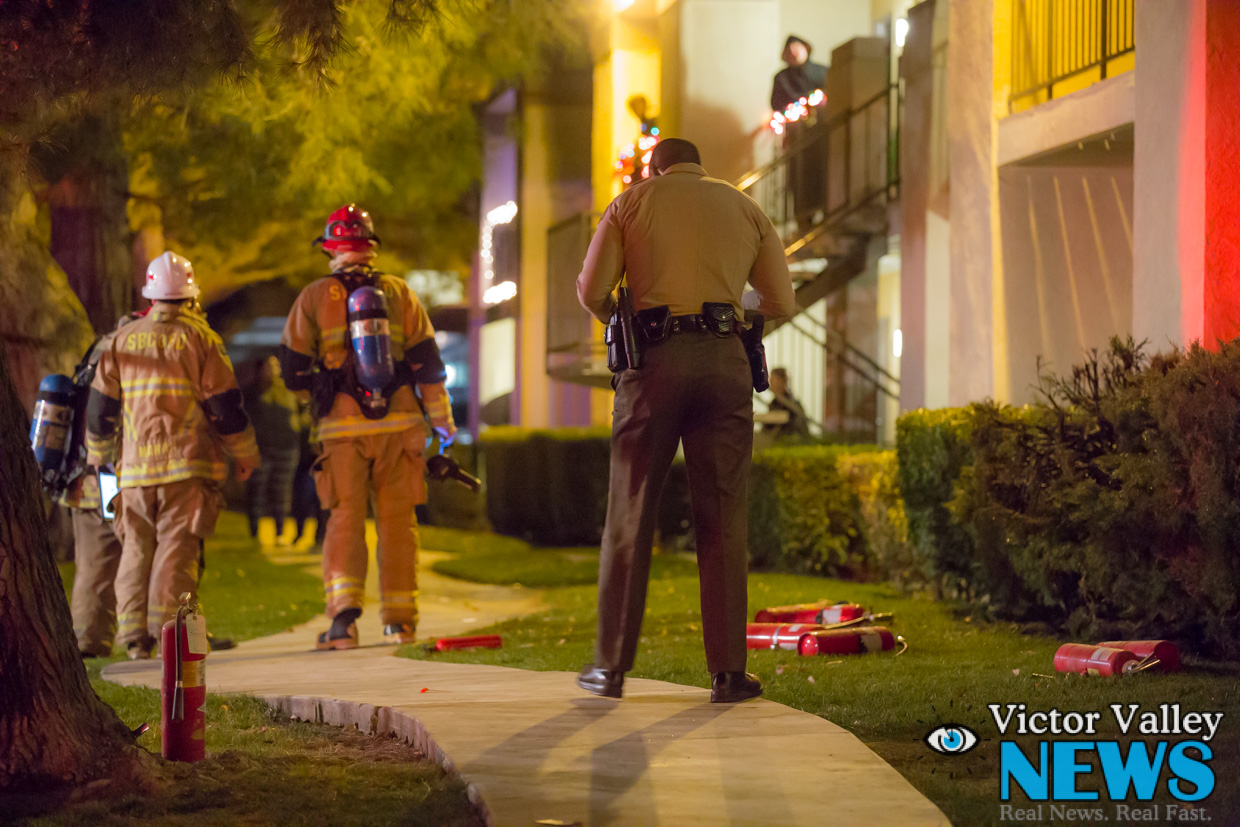 VICTORVILLE, Calif. (VVNG.com) Management is getting a scolding from the residents at the Mountain Vista Apartments who say enough isn’t being done regarding a rash of recent fires.

“We just got back from Vegas and I was scared to leave in the first place thinking there was going to be a fire when we got back,” said resident Nicky Davan.

Davan’s apartment windows and shutters were scorched by a fire this past weekend, and her fear worsened as she exited her car to find firefighters there again tonight.

Eric Sherwin of the San Bernardino County Fire Department said they responded to another fire this evening that was put out by locals before firefighters arrived on scene.

Officials say they’ve responded to 30 fire incidents in the past six months at the complex, mostly being dumpster fires, and recently bush fires.

“The proximity of the bushes to the buildings and the safety issues it causes for our residents is very concerning to us,” Management wrote in an email to residents on Wednesday. “During this time we have been in contact with the Victorville Police Department for assistance and they have increased patrols to the community and are investigating any information they are provided.”

Despite the fact that Management announced a $2500 reward for the identification and arrest of the person(s) involved, Davan still says enough isn’t being done.

“They said they installed more cameras and boosted security, but they haven’t,” said Davan.

Davan doesn’t believe the fires are random but isn’t sure if it’s someone who resides there now or is a previous tenant.

“So many people were evicted from here, I’m wondering if they are retaliating against management,” said Davan, “I think I will have to move soon, especially when everyone starts dumping their Christmas trees, that’s scary.”

Portfolio Manager Scott Seymour with E&S Ring Management Corporation who operates the complex said to the locals, “we will continue to take whatever steps we can to stop the fires and identify the person or persons involved.  Any comments and or suggestions you have would be greatly appreciated.”

Comments and suggestions from complex residents were asked to be referred to Seymour at scotts@esring.com.