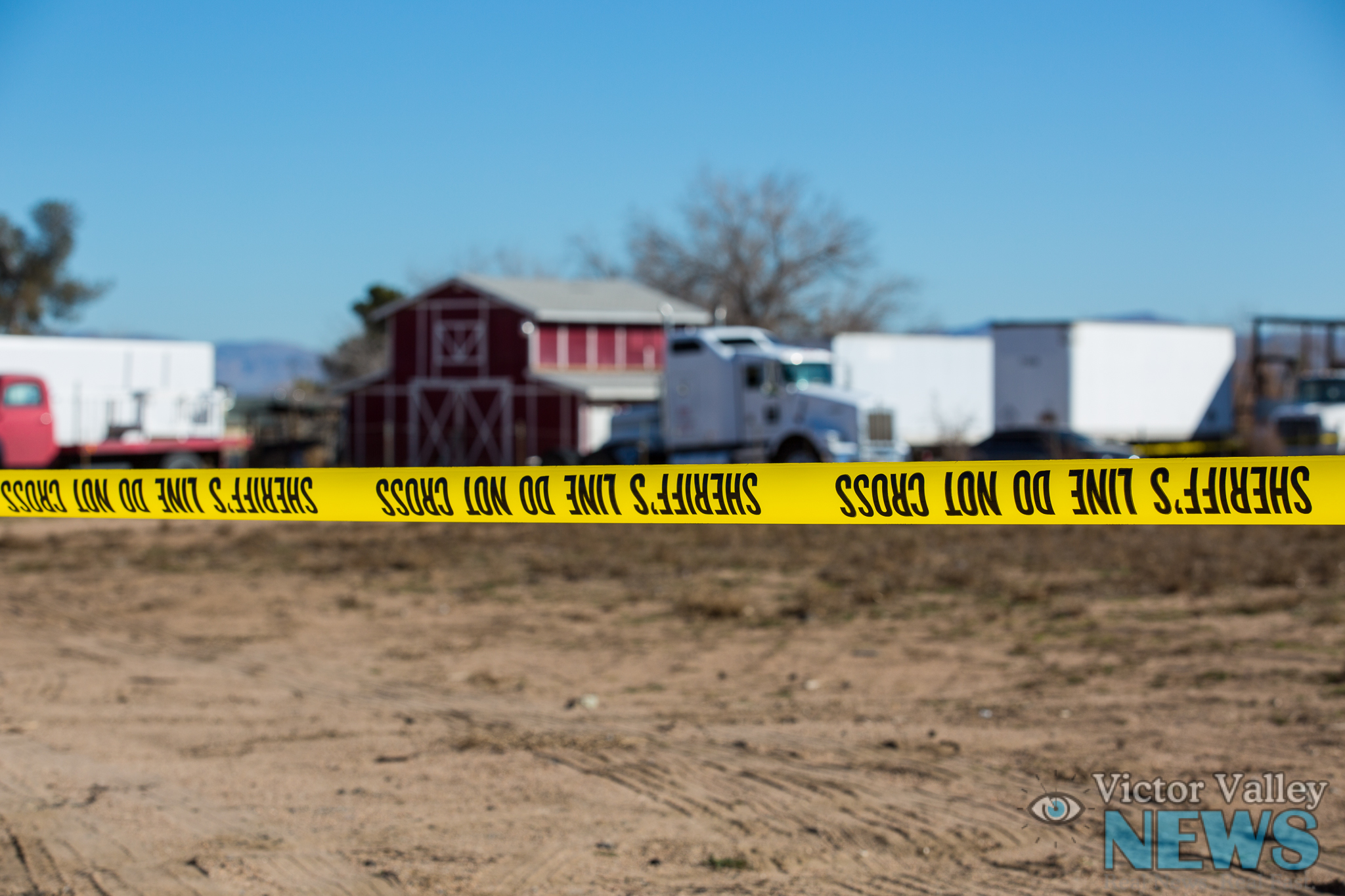 HESPERIA-(VVNG.com): Deputies made an arrest in connection with an alleged Hesperia home invasion robbery on the 8800 block of Eleventh Avenue that left one suspect dead early Monday morning.

The arrest was made on Tuesday after evidence led detectives to 33-year-old Apple Valley resident, Steven Lee Adams Lawrence.

Detectives obtained a Ramey (arrest) warrant for Lawrence and search warrant for his residence on the 22000 block of Nisqualli Road in Apple Valley. Lawrence was arrested at around 10:00 p.m. Tuesday night without incident and booked into the High Desert Detention Center for assault with a deadly weapon and robbery. He is being held with no bail.

Lawrence is due to appear at the San Bernardino Superior Court on the afternoon of Thursday, January 27th for an arraignment hearing.