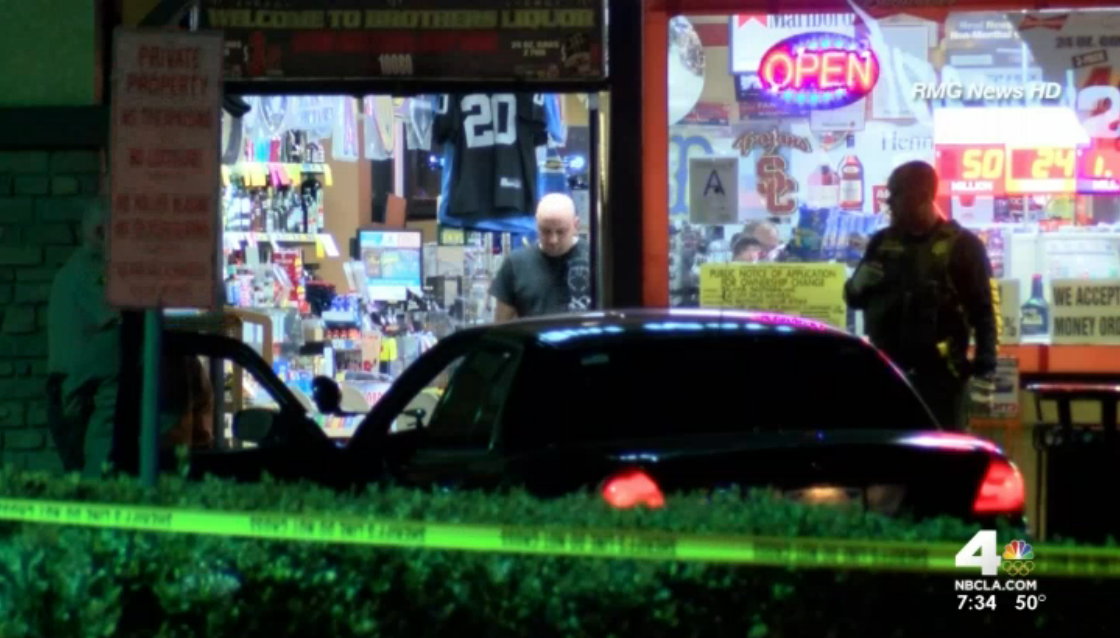 RANCHO CUCAMONGA: On Saturday, February 22, 2014, at about 11:20 p.m., the Rancho Cucamonga Sheriff’s Station received a report of a shooting at The Brother’s Liquor store located at 10080 Arrow Route, in the city of Rancho Cucamonga.

Sena had been parked near this location when he was notified of a problem within the business. Deputies learned a Hispanic male had just committed a robbery inside the store and was fleeing on foot when confronted by the suspect. The suspect shot Sena and was last seen running from the business.

Sena was transported to a local hospital and pronounced deceased. The Sheriff’s Homicide Detail was assigned to conduct the investigation.

At about 8:30 a.m., Diego Dominguez, 36, of Rancho Cucamonga was stopped and detained after leaving his residence in a vehicle. With the assistance of the Sheriff’s Specialized Enforcement Detail, detectives served search warrants on Dominguez’s vehicles and his residence located in the 9900 block of Placer Street, in the city of Rancho Cucamonga. Dominguez was arrested for the robbery and murder and booked at the West Valley Detention Center.

The investigation is still ongoing and anyone with information regarding this investigation is urged to contact Detective Joseph Janowicz or Sergeant Chris Fisher at (909) 387-3589. Callers wishing to remain anonymous are urged to call the We-tip Hotline at 1-800-78-CRIME (27463) or you may leave information on the We-Tip Hotline at www.wetip.com.