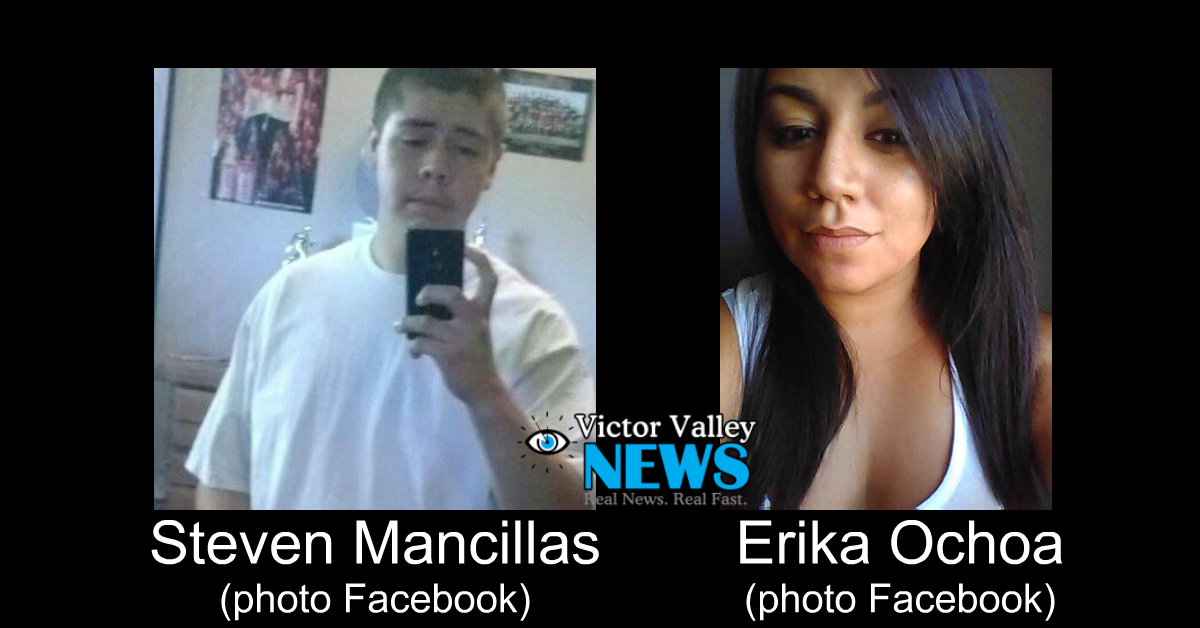 HESPERIA-(VVNG.com): Two suspects involved in the May 10th beating of a Daily Press photographer were arrested, according to authorities.

David Pardo was on assignment at Hesperia Lakes photographing for an upcoming guide to be featured in the local newspaper. Pardo snapped a photo of a woman feeding a duck, whom he then approached to ask for permission to use the image.

The woman, later identified as 21-year-old Hesperia resident Erika Aliyah Ochoa, aggressively demanded Pardo delete the photos. According to authorities, she called sheriff’s dispatch to file a report against Pardo. Before authorities could respond two hostile men who were with Ochoa approached Pardo and demanded he delete the photos.

Pardo politely declined, and explained that his company’s policy prohibits him from deleting images and explained he would not use the photos. That’s when one of the male suspects, later identified as 20-year-old Steven Andrew Mancillas, brutally assaulted Pardo and threw his camera and cell phone in the lake.

Pardo sustained major facial injuries that included severe swelling and bruising to his eyes. While he was on the ground, he was continuously attacked and kicked. Pardo refused medical aid at the scene.

On Monday, May 16, 2016, less than a week after the attack, Erika Ochoa was taken into custody following a traffic stop of her vehicle on Main Street near Walnut Street. The following afternoon just after 1:30 p.m. Mancillas of Hesperia turned himself in at the Hesperia Sheriff’s Station.

According to arrest records, Ochoa was arrested and booked into the High Desert Detention Center for conspiracy to commit a crime. She was released on Tuesday just before 2:00 p.m. and has no court appearances scheduled at this time.

Mancillas was arrested and booked into the High Desert Detention Center for robbery, assault and vandalism. He is being held in lieu of $75,000 bail and is scheduled to appear at the Victorville Superior Court on Thursday afternoon.