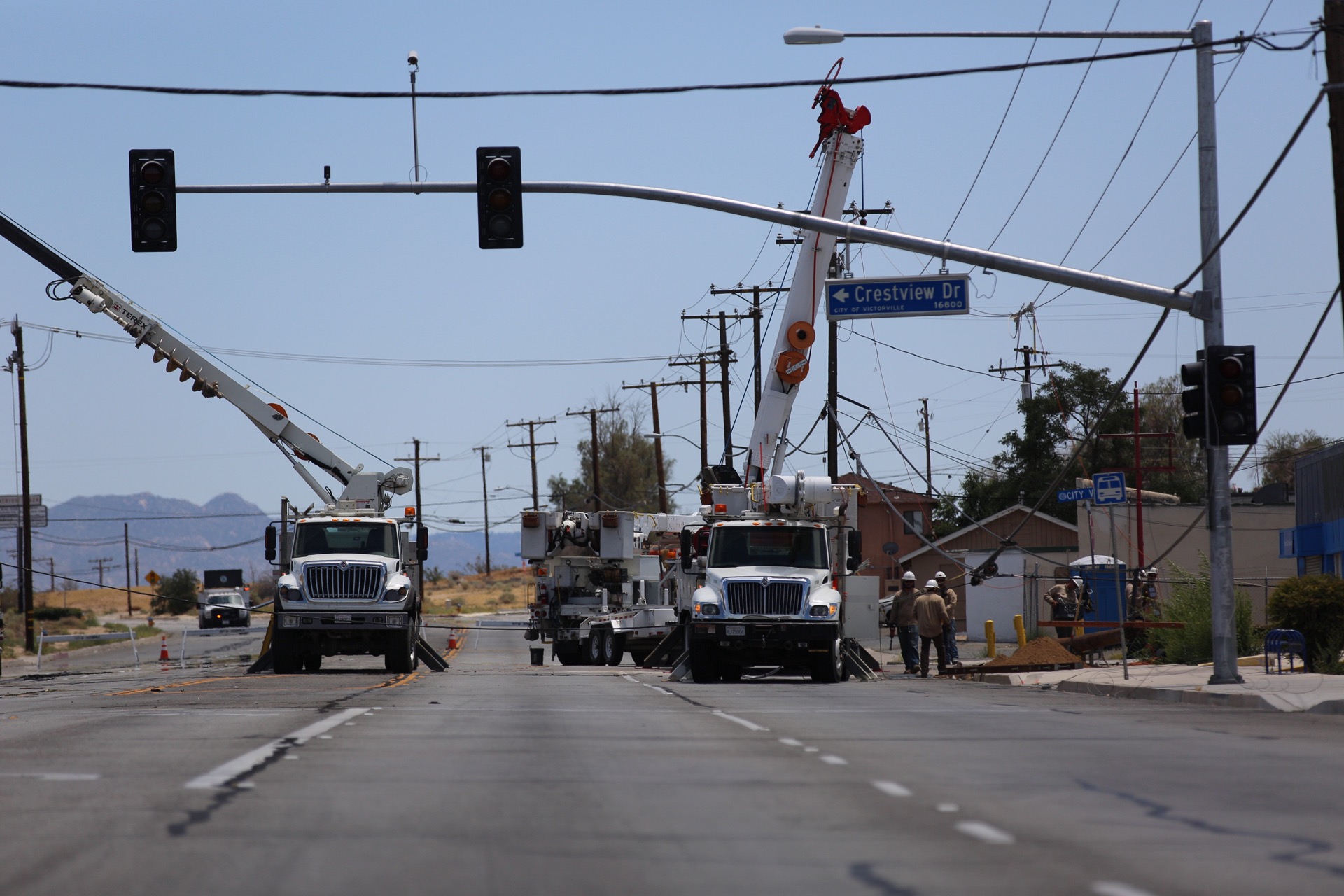 VICTORVILLE:(VVNG.com)- A suspect in a hit-and-run crash that left hundreds of Victorville residents without power on Father’s Day has been arrested.

At about 4:10 a.m., on June 19th dispatch received a report of a traffic collision of a vehicle into a pole on Hesperia Road between Crestview Drive and City View Drive. For unknown reasons, a minivan collided into a power pole completely shearing it and immediately knocking out power to the surrounding area. The crash caused an Edison box to erupt into flames.

Due to the downed lines firefighters were unable to approach the vehicle until the scene was secured and safe. Authorities discovered the van was unoccupied and no driver/passengers nearby.

According to authorities, 30-year-old Edward Provencio, of Hesperia was arrested at a residence on the 16500 block of Sultana Street in Hesperia on Sunday night. Provencio was taken into custody for an outstanding warrant and he was also cited for the hit-and-run crash.

Court and jail records show Provencio was booked into the High Desert Detention Center on a warrant issued last October for being under the influence of a controlled substance. He was released on Monday, June 20th with no scheduled court appearance.

Southern California Edison employees worked tirelessly through out the entire day in the triple digit temperatures to replace equipment and restore power. By about 8 p.m. all 180 customers impacted by the outage had power.