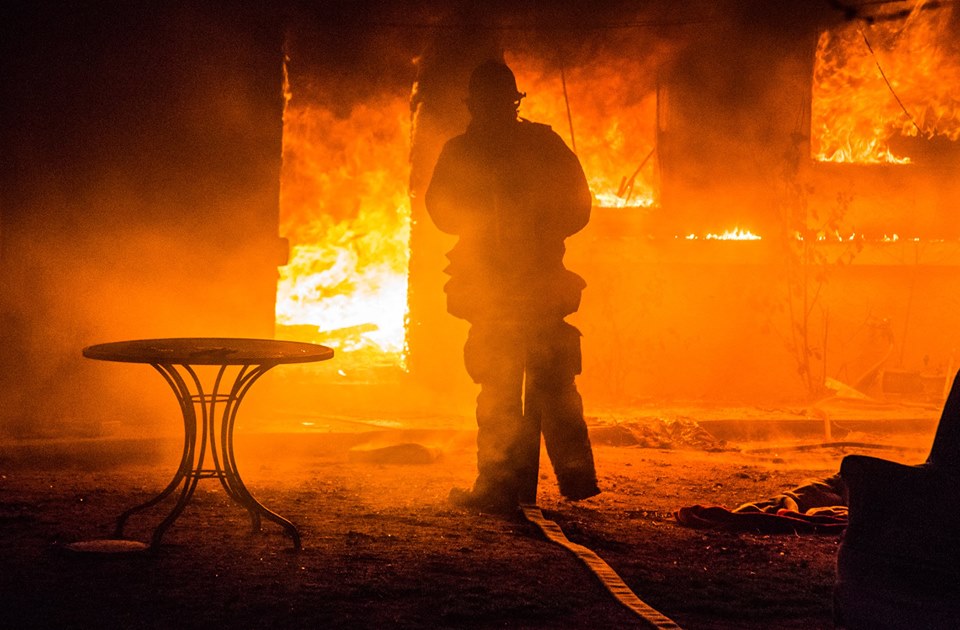 VICTORVILLE-(VVNG.com):  Three residents were displaced following an early morning blaze in the 13000 block of Seneca Road. At approximately 6:10 A.M., on  Thursday, January 22nd the San Bernardino County Fire Department responded to the single-story home that had heavy smoke and flames.

Initially it was reported that a single occupant had been displaced. It was later determined that two other occupants were not home at the time of the fire. The Red Cross were called in order to assist those displaced as a result of the fire.

The fire caused no injuries, but left the home with approximately $100,000 in damages.

A young adult male was arrested in connection with the fire. At this time it is unknown if the fire was accidental or arson. There is no further information as to what lead to the arrest, information will be updated as it is received.

Head on Traffic Collision with Extrication