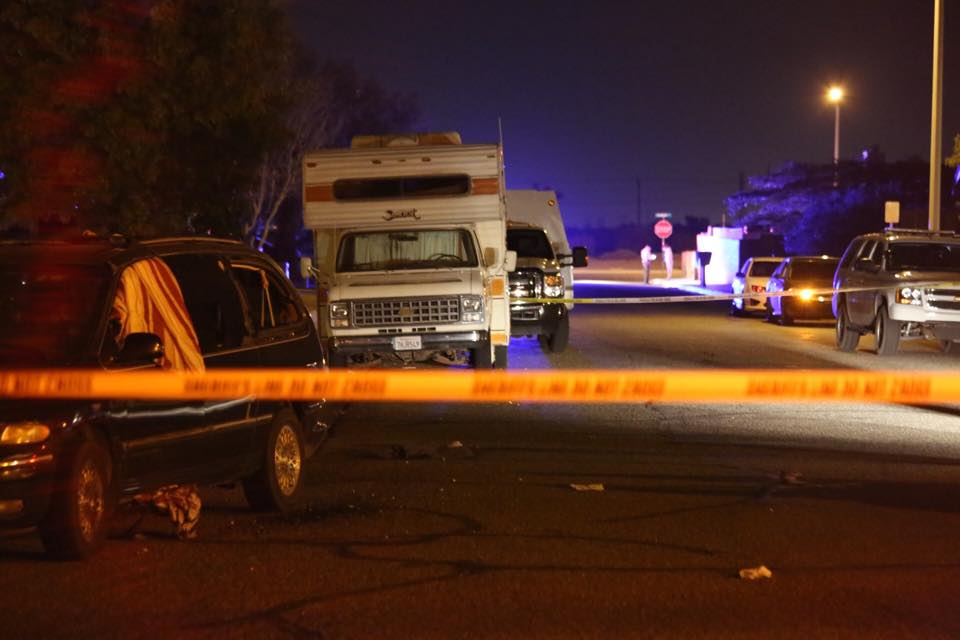 ADELANTO-(VVNG.com):  On Sunday, November 16, 2014 just after 6:00 p.m. deputies from the Adelanto Police Station were dispatched to an altercation on the 11800 block of Cambridge. Upon arrival, they located 22-year old

male suffering from a gunshot wound to the upper body.

The injured male, later identified as 22-year-old Frank Bentello Whitehall was transported by ground ambulance, but succumbed to his injuries just after arriving, Two other juveniles suffered minor injuries as a result of the fight.

Witnesses reported several male subjects drove to the house, forced entry and began fighting with residents when the shooting occurred. The suspects fled prior to deputies’ arrival. Bentello was reportedly sitting in the backyard of the home when he got shot. The suspects fled the location before the police arrived.

On February 3, 2015 an arrest was made of 31-year-old Adelanto resident, Adrian Anthony Hernandez was arrested in a Hesperia motel. Through the investigation, detectives are identifying Hernandez is a suspect in the murder of Whitehall. Hernandez was arrested without incident and booked into High Desert Detention Center for murder charges.

The investigation is ongoing and no additional information is available for release.

Anyone with information regarding this investigation is urged to contact the Homicide Detail, Detective Chuck Phillips or Sergeant John Gaffney, at (909) 387-3589. Callers wishing to remain anonymous are urged to call the We-tip Hotline at 1-800-78-CRIME (27463) or you may leave information on the We-Tip Hotline at www.wetip.com.