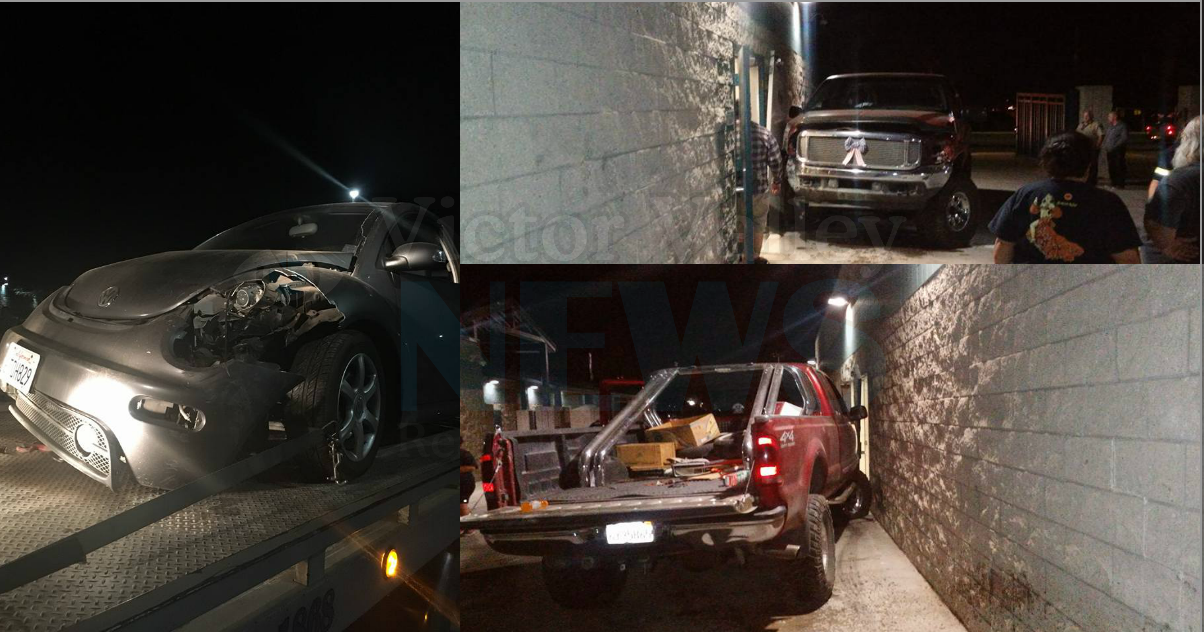 HESPERIA, CA:(VVNG.com)– Authorities arrested a man who stole a truck and later crashed into a building at Sultana High School.

On Saturday, October 8th at about 6:40 p.m. dispatch received a report of a stolen 2001 Ford F-250. The truck was stolen from the parking lot of the Hesperia Mesa Mart located at 18920 Danbury Road.

According to Sheriff’s spokeswoman Karen Hunt, a deputy located the vehicle and attempted a traffic stop.

The driver later identified as 23-year-old Michael Phoenix Massey evaded deputies and ran through a stop light. Massey lost control of the truck, went into the dirt, and through a parking lot at Sultana High School. “He struck a parked vehicle, and eventually crashed into a classroom with an open door,” said Hunt.

Students were inside of the classroom at the time of the crash, stated Hunt. However, no injuries were reported as a result of the crash.

According to public court records, Massey is currently being held in lieu of a $100,000 bail and is scheduled to appear in a Victorville courtroom on Wednesday.