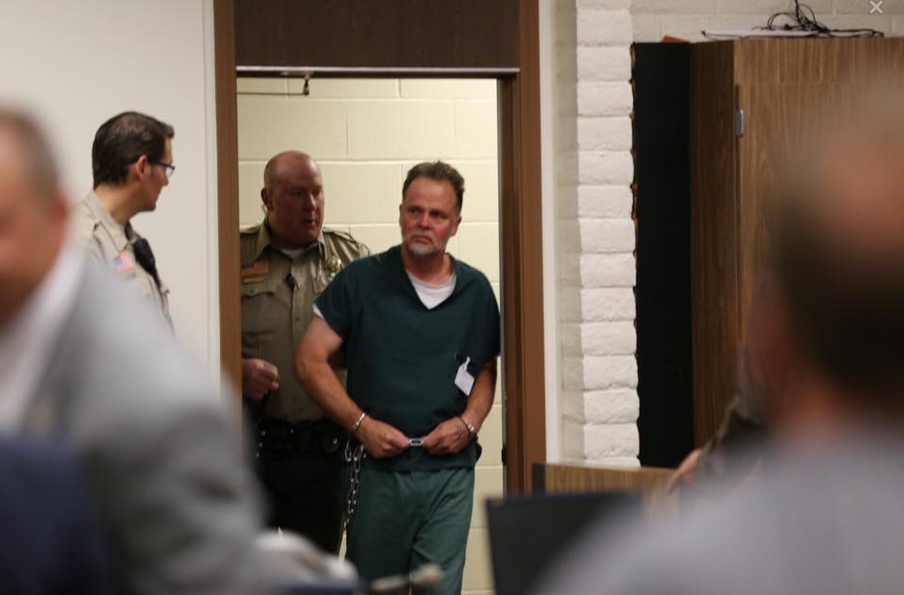 VICTORVILLE – (VVNG.com)- The outside of the San Bernardino Superior Court in Victorville quickly became packed with media following the 9:00 a.m. Press Conference held at the San Bernardino County Sheriff’s Headquarters in San Bernardino. Media requests flooded into the small courthouse to attend and photograph at the 1:30 p.m. arraignment of Charles Merritt, the man now standing trial for the murder of his once friend’s and business partner’s entire family of four.

The courtroom was filled with numerous cameramen, reporters, and family of both the McStays and of Charles Merritt. The emotions were strong, lots of tears were seen and cries were heard from both families. Judge Raymond Haight presided over the short arraignment hearing. The defendant was brought in by a sheriff, no longer the free man he once was, but in shackles, cuffs and in inmate clothing, as any other inmate is.  His face showed obvious signs of emotion and despair.

During the hearing the counsel requested that the arraignment be continued for Wednesday, November 12th at 1:30 p.m. in order to give the defendant time to determine whether he will be retaining an attorney. The defendant was returned to West Valley Detention Center in Rancho Cucamonga where he is being held, with no bail. 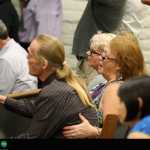 Family of Charles “Chase” Merritt in the Victorville courtroom 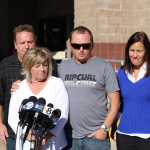 Family of the McStay’s that attended the court hearing 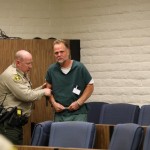