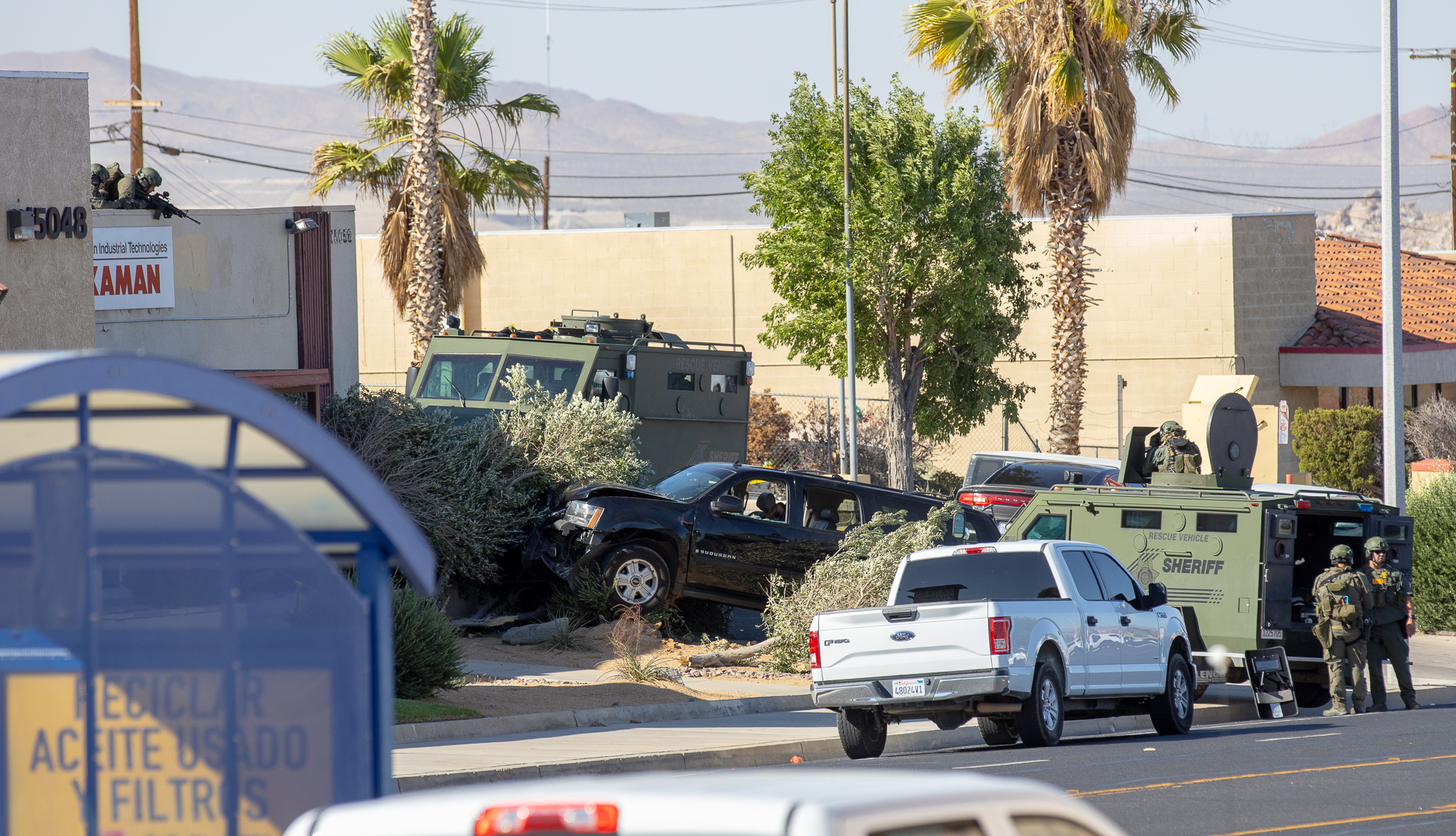 VICTORVILLE, Calif. (VVNG.com) –A barrage of gunfire was heard after San Bernardino County Sheriff’s Deputies opened fire on a suspect who attempted to ram deputies with his SUV Wednesday afternoon.

It happened on the 15000 block of 7th Street at about 2:39 pm when Victorville deputies were dispatched to a report of a man with a gun inside his car threatening nearby citizens, officials said.

Upon arrival, deputies quickly surrounded a black Chevy Suburban in the parking lot of an auto body repair shop.

Officers had their guns drawn and pointed at the suspect for nearly an hour. Verbal commands over a loudspeaker could be heard telling the suspect to exit the vehicle.

Sheriff’s officials said, “the suspect refused to exit his vehicle and suddenly accelerated toward deputies and their units.”

Joe Vargas, a barber at Stay Fresh Cuts on 7th Street, was on his break and was filming the incident with his cell phone when the shooting occurred.

In his video, a barrage of gunfire could be heard being shot at the SUV after the suspect attempted to drive out of the auto body parking lot and across 7th Street where it crashed into a tree.

Sheriff’s officials said A deputy-involved shooting occurred, a deputy was injured and flown to a hospital with what is believed to be non-life-threatening injuries.

Officials said the suspect was taken into custody by SWAT. The suspect was injured and has been transported to a hospital. His condition is unknown,” stated sheriff’s officials in a tweet.

According to the tweet, two guns were located on the suspect inside the vehicle.