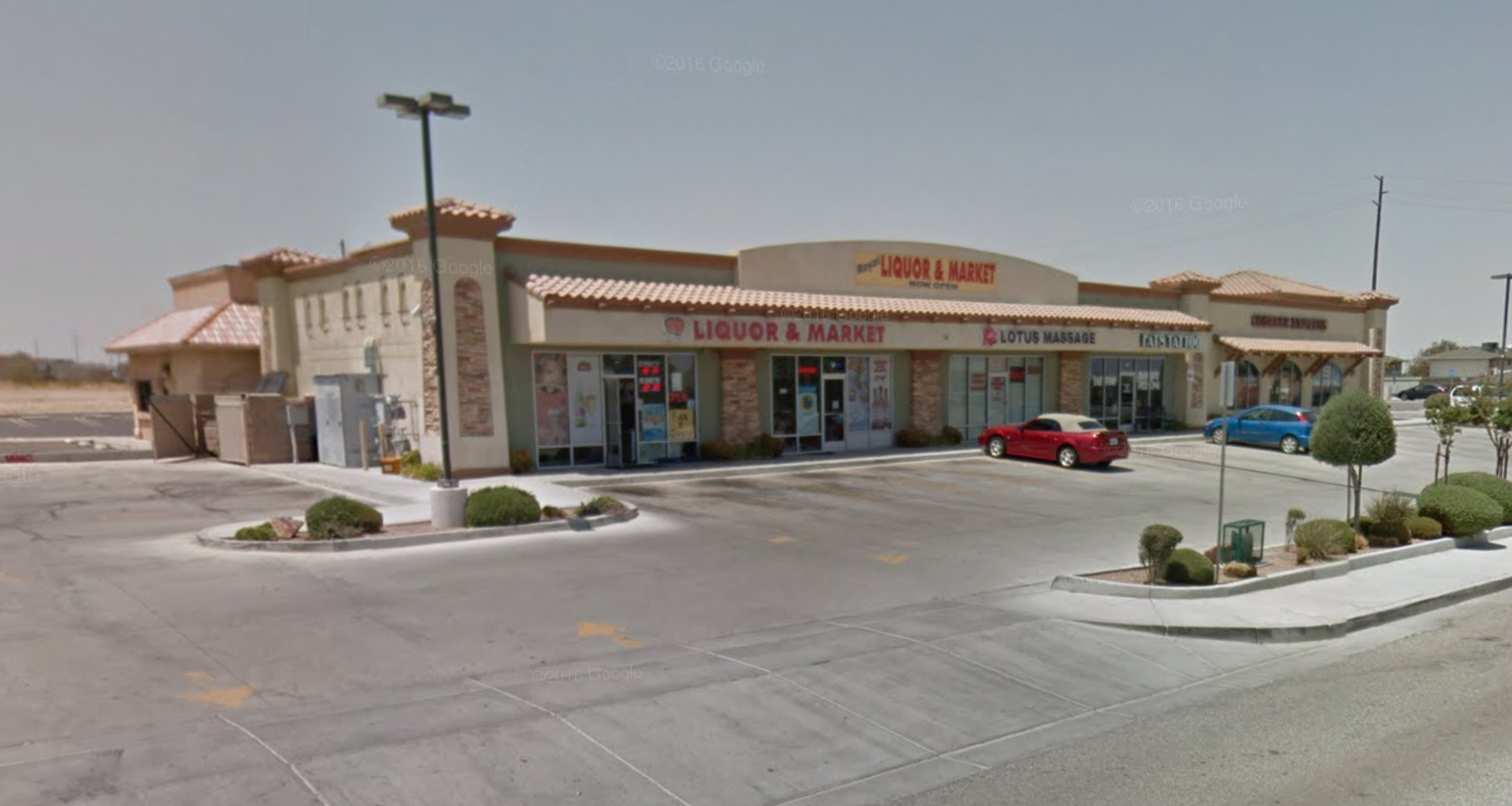 UPDATE 4/17 @ 4:30 PM – Hesperia Sheriff’s Station spokeswoman Jaclyn Chambers confirmed the Royal Liquor & Market was not robbed as previously stated in an official press release. The information in the article has been corrected to reflect the change.

HESPERIA, Calif. (VVNG.com) Deputies are searching for a suspect carjacked a vehicle outside a liquor store in Hesperia.

On April 16th at approximately 7:22 p.m., deputies with the Hesperia Sheriff’s Station were dispatched to Royal Liquor & Market at 15689 Bear Valley Road in regards to a silent panic alarm.

Deputies arrived on scene and confirmed that an armed robbery had just occurred, and the victim’s vehicle had been stolen in the process.

Through investigation, it was learned that the victim had just exited Royal Liquor and walked to his vehicle. While getting into the driver’s seat of his vehicle the suspect, approached him. The suspect pulled out what appeared to be a black handgun and struck the victim several times, telling the victim to give up his money.

The victim attempted to fight back, but the suspect was able to get into the victim’s vehicle and drive away.

The victim’s vehicle is a gray 2009 Nissan Altima, with rear end damage and a black brawl. Authorities confirmed the vehicle has not been located as of Monday, April 17th.

The suspect was described as a Hispanic Male, medium build, with a goatee and glasses.

The Hesperia Sheriff’s Station is asking for the public’s help. Anyone with information is urged to contact the Hesperia Station at (760)947-1500. Callers wishing to remain anonymous are urged to call the We-Tip Hotline at 1-800-78-CRIME (27463), or you may leave information on the We-Tip website at www.wetip.com.