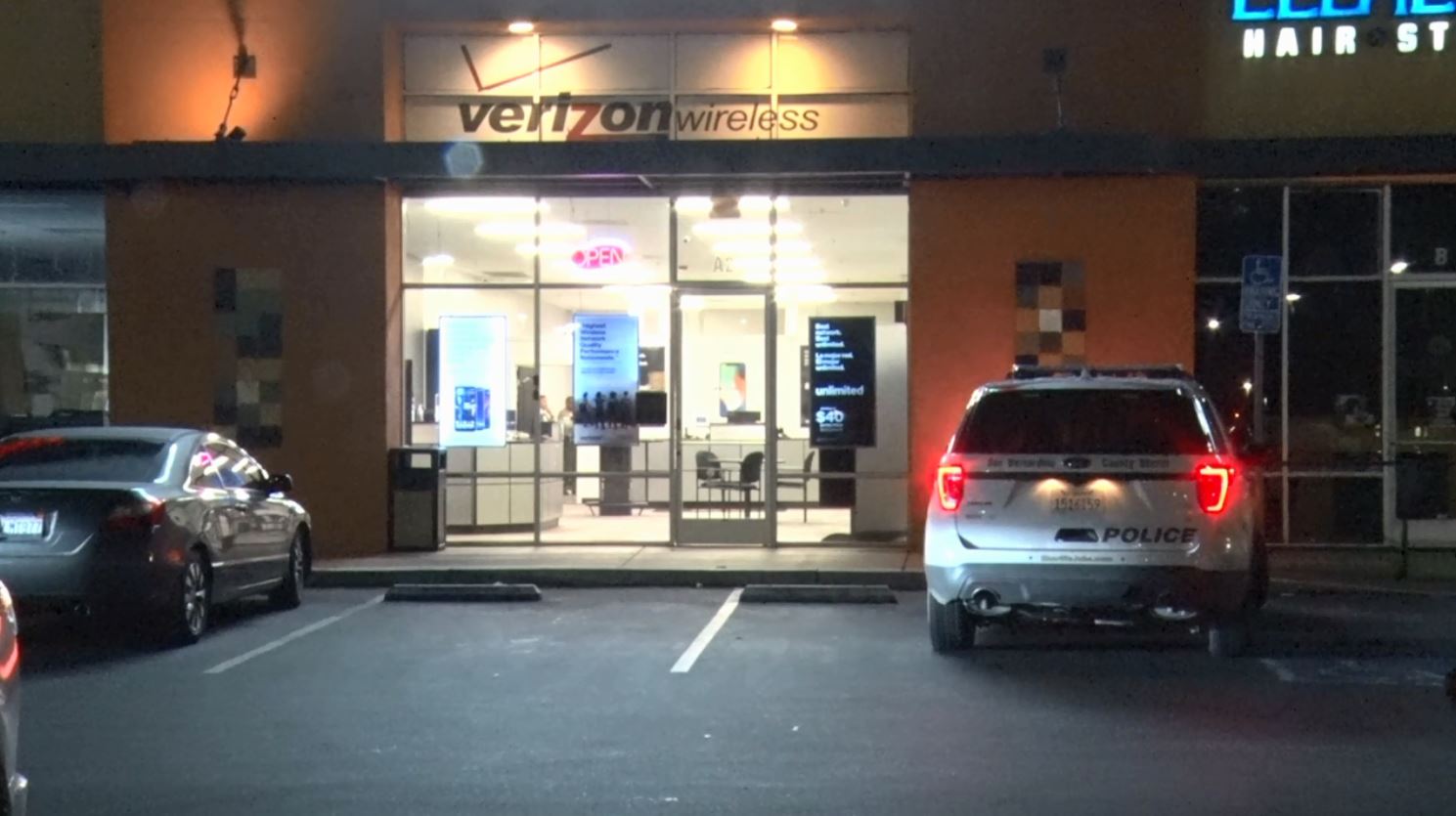 VICTORVILLE, Calif. (VVNG.com) – Authorities released the names of three suspects arrested after a wild-pursuit that ended with a deadly officer involved shooting in Palmdale.

Edward Mitchell, 21, Curtis Watkins 25, and Vincent Harvey, 21, all residents of Palmdale, were arrested on a slew of charges including Armed Robbery, Kidnapping, and Deputy-Involved Shooting. The name of the deceased Adult Black Male is being withheld pending identification and notification of next of kin, officials said.

It happened at about 8:00 pm, on January 10, 2018, when deputies from the Victorville Police Department were advised of an armed robbery that had just occurred at a Verizon Wireless retail store (A Wireless) in the 12000 block of Dunia Road.

Officials said, the suspects entered the cell phone retail store, three of them were armed with handguns and forced the victims to move from one area of the store to another by gunpoint. An estimated $80,000. – $100,000.00 worth of merchandise was stolen.

Deputies located the suspect vehicle, a black Jeep Cherokee in the unincorporated area of Adelanto and attempted to conduct a traffic stop.

“The suspects failed to yield, and a pursuit ensued with the suspects traveling recklessly on various highways at high rates of speed, and at times, on the wrong side of the road,” sheriff officials said in a news release.

During the pursuit, the suspects were seen throwing items outside the vehicle onto the roadway.

The pursuit terminated on 48th Street East at East Avenue R-8, in the city of Palmdale, after deputies initiated a pursuit intervention technique.

“Shortly after that, a traffic collision occurred between the deputy and suspect vehicles, at which time the pursuit terminated, and a deputy-involved shooting occurred.  A suspect was struck by gunfire and pronounced deceased at the scene,” stated the release.

Mitchell, Watkins, and Harvey fled into the surrounding neighborhood and were subsequently located and arrested without incident.  “Investigators did locate evidence inside the vehicle at the termination of the pursuit confirmed to have been stolen during the robbery,” officials said.

Anyone with information regarding this investigation should contact Detective James Williams at (909)387-3589.  Callers wishing to remain anonymous are urged to call the We-tip Hotline at 1-800-78-CRIME (27463), or you may leave information on the We-Tip Hotline at www.wetip.com.