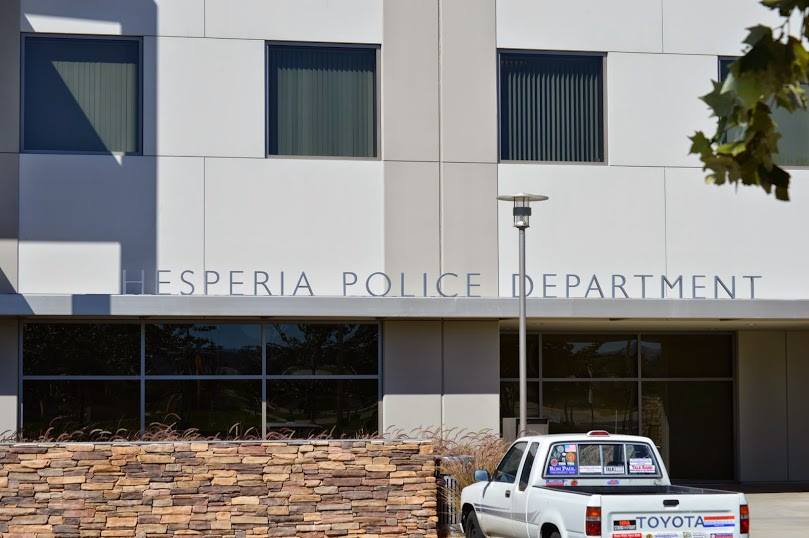 VICTORVILLE-(VVNG.com):  A 27-year-old Hesperia man was convicted and sentenced on Wednesday for a Monday, January 25th armed robbery. Tyree Edwards appeared at the Victorville Superior court and changed his not guilty plea to a no contest plea as part of a plea bargain.

At about 5:30 p.m. on January 25th, Tyree Edwards and his accomplice, 22-year-old Michael Riley, also a Hesperia resident robbed a victim in the area of Main Street and Seventh Avenue. The victim reported to police that the suspects stole a camera lens, two cell phones and a wallet.

Through investigation, deputies were able to determine the suspects identity and an address in the 16000 block of Juniper street in Hesperia. A search warrant was obtained and served at the home. Among the items located was the victim’s property as well as identification and credit cards belonging to other victims. The suspect’s handgun was also recovered during the search.

Edwards was sentenced to 2 years to be served at the California Department of Corrections at Chino. He was credited with 19 days of time served, which includes conduct credit.

Riley also appeared at the Victorville Superior Court on Wednesday at which time the court declared a doubt of as to his present mental competence. Criminal proceedings have been suspended as a result of the doubt of mental competence. He was referred over to a Patton State hospital Psychologist for evaluation and is expected to return to court on March 23, 2016.