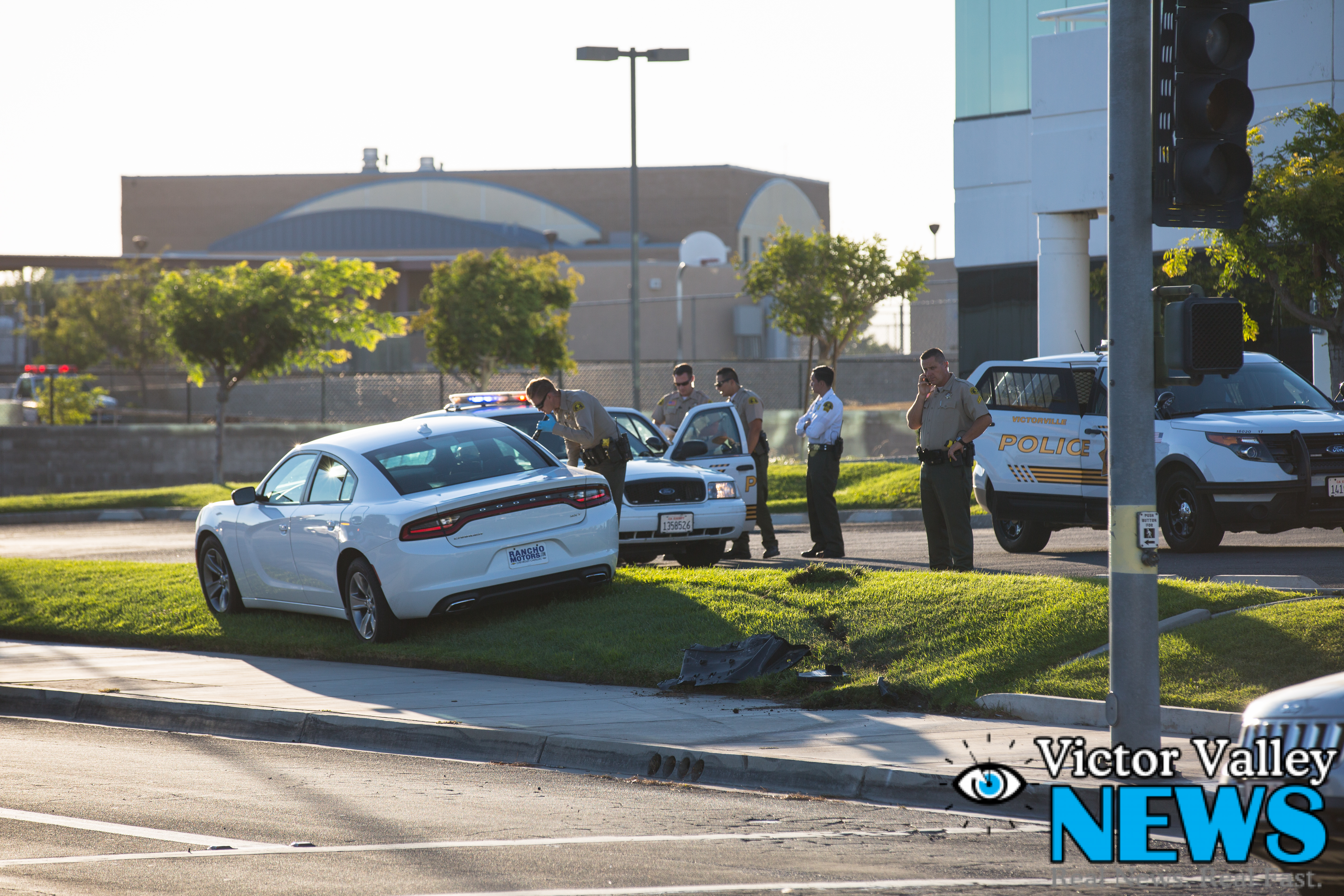 Deputies dust a red Chevy Impala parked outside the AT&T for possible fingerprints. The vehicle is suspected to have been used in a previous armed robbery. (photo by Gabriel D. Espinoza)

VICTORVILLE-(VVNG.com): On Saturday, July 11th at approximately 6:40 p.m. dispatch received a report of an armed robbery at the AT&T located at 18805 Bear Valley Road near Jess Ranch Parkway.

Per scanner traffic, the caller reported being locked into the business bathroom for about a minute by two black male adults.

The suspects both armed with black handguns left the location in a white Dodge Charger with Rancho Motors paper plates toward Mojave Fish Hatchery Road.

One suspect was described as approximately 6 foot tall, with a brown shirt, black shorts and a black hat with a red marijuana leaf. The second suspect, was described as 5’6 tall with tattoos on his face, a gray shirt and blue jeans.

The vehicle collided in the grass area of the Desert Community Bank located on Hesperia Road and Silica Drive. One suspect was immediately detained by Sheriff’s deputies from the Apple Valley station and the second suspect is still outstanding.

According to scanner traffic, the victim’s credit card was located in the vehicle as well as a red backpack. The detained suspect was being held at the scene for witness identification. A Sheriff’s K-9 is enroute from Rancho Cucamonga at this time to assist in locating the second suspect.

No injuries have been reported as a result of this incident.

This story is still developing at this time, information will be updated as it is received.