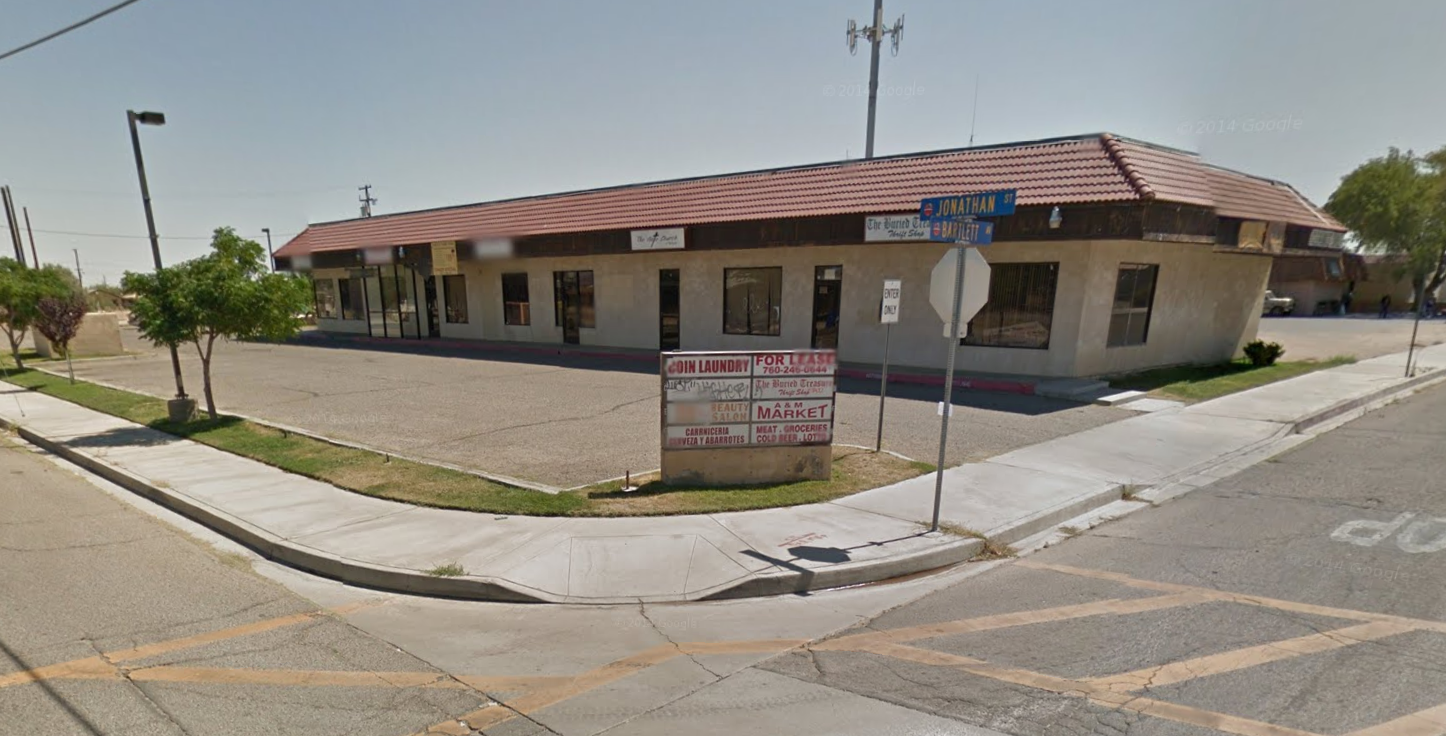 ADELANTO:(VVNG.com)- Police responded to the 11700 block of Bartlett Avenue in Adelanto following the report of an attempted armed robbery. The incident was reported at about 4:45 PM, on Sunday, April 3, 2016.

Per scanner traffic reports, a suspect armed with a black handgun, pistol-whipped one of the employees inside the Adelanto Market & Liquor. As the suspect ran out the door of the business he reportedly dropped all the cash.

He fled on foot to a 1996 tan or silver 4-door Honda Accord  parked on Baldwin street and Hardy avenue, then according to witnesses drove eastbound toward Adelanto Road.

The suspect is described as a Black male adult, approximately 5’9″ tall, wearing a dark green pullover jacket with white horizontal stripes across the chest, blue jeans, and black shoes. The suspect was last driving toward Adelanto Road.