According to a sheriff’s news release, the suspect, Isaiah Bailon, approached the victim and pointed a black handgun at him demanding all of his personal belongings including wallet, keys. Bailon fled the location in the victim’s vehicle.

Surrounding agencies were made aware of the carjacking and the given the suspect information and vehicle description.

A couple of hours later, at approximately 8:00 am, Apple Valley Deputies spotted the victim’s stolen vehicle parked near a residence in the area of Mondamon Road south of State Hwy 18.

When deputies attempted contact with the driver of the car, who they recognized as Isaiah Bailon, he immediately drove away in a reckless manner. Bailon was recognized due to distinct facial tattoos and previous law enforcement contacts, officials said.

“While the deputies were attempting to stop Bailon, he pointed the gun at the deputies during the pursuit,” stated a sheriff’s news release.

The pursuit continued with Bailon running stop signs and stop lights, even driving the wrong way on the highway and tried to ram pursuing deputies, officials said.

“Bailon drove the front passenger wheel off the vehicle and continued to drive reckless, showing complete disregard for public safety. Deputies attempted the PIT (pursuit intervention technique) two times, but Bailon was able to drive out of the PIT and drove through a front yard of a residence. Pieces of the vehicle came off the car as Bailon swerved back and forth on the roadway. The pursuit ended only after the third PIT (pursuit intervention technique) was used by the deputies, causing Bailon to crash into a fence,” stated the news release.

The vehicle came to rest against a chainlink fence on 10th Street in Victorville and Bailon was unable to exit the vehicle due to the driver door being pinned against the fence. Bailon had the victim’s wallet in his possession and there was also a replica Glock firearm found inside the vehicle.

Bailon was transported to a local hospital prior to booking due to suspected drug use. He was cleared and booked at High Desert Detention Center for carjacking, felony reckless evasion and assault with a deadly weapon. 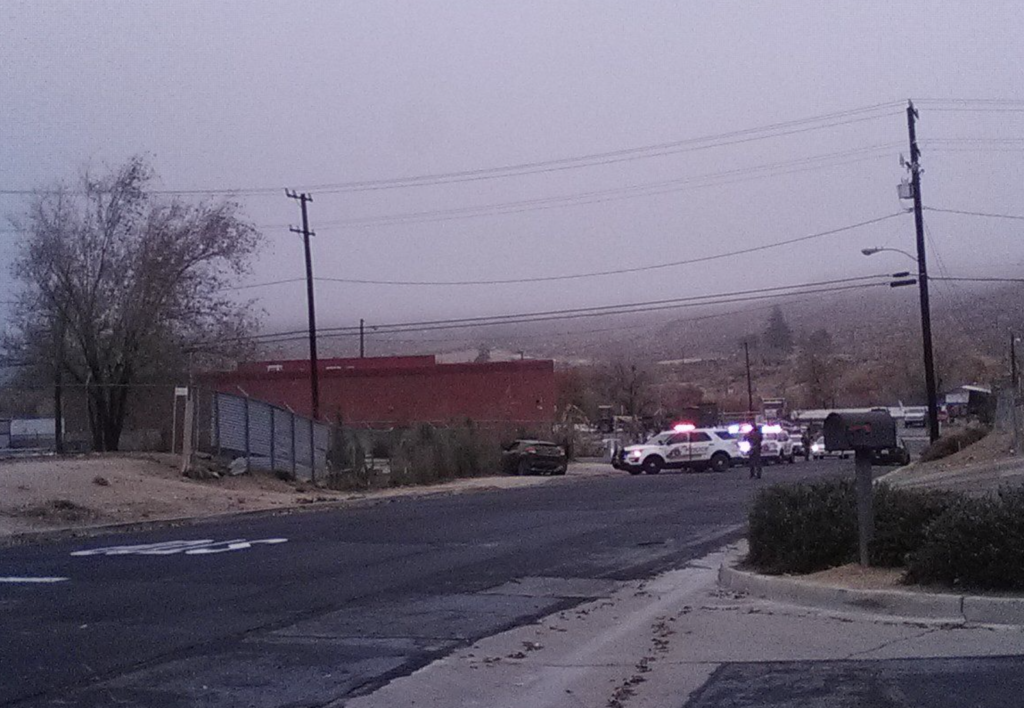 End of pursuit on 10th Street in Victorville. (Photo by Richard Marlark)