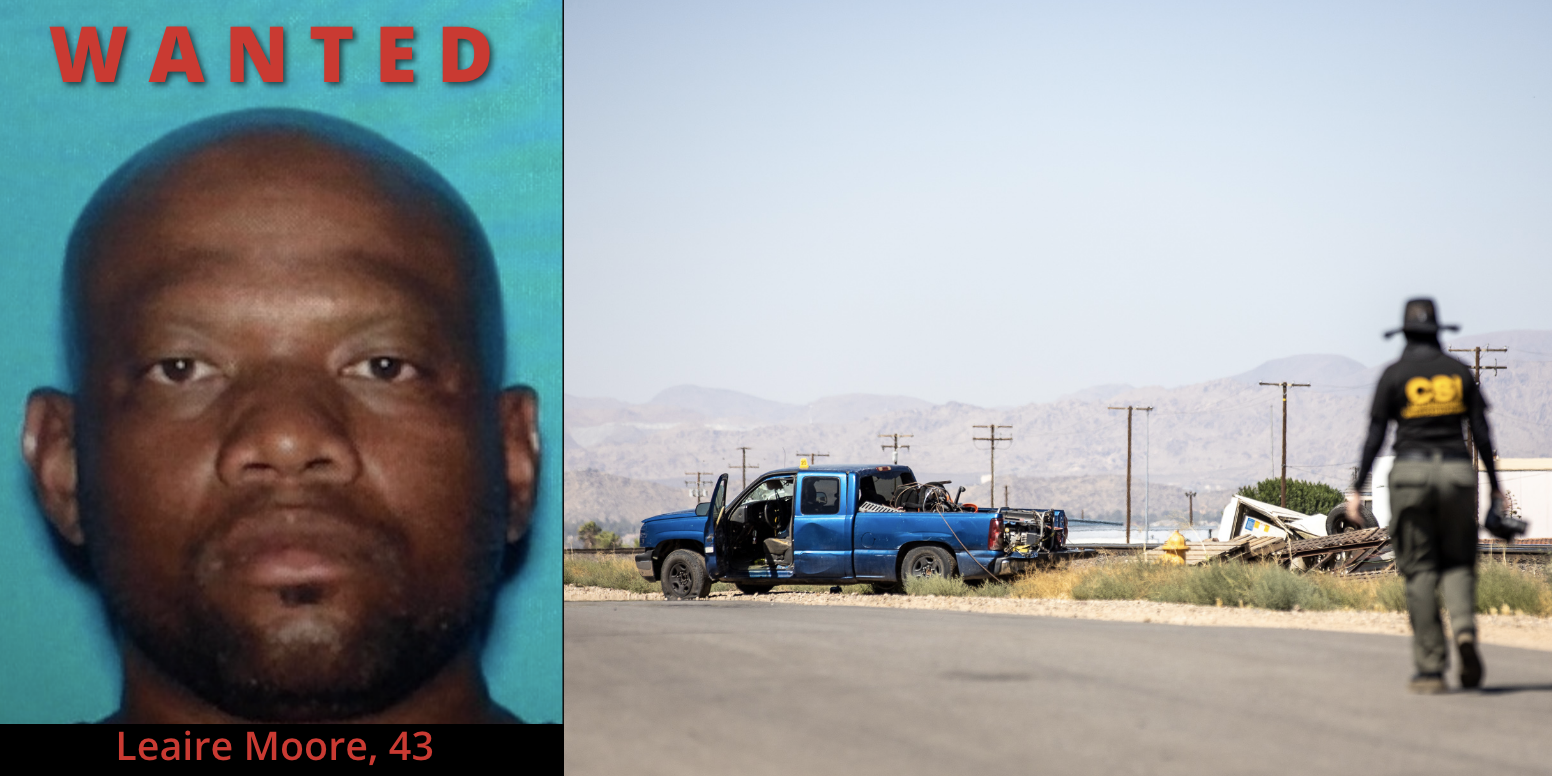 HESPERIA, Calif. (VVNG.com) — Authorities are searching for an armed and dangerous suspect wanted for attempted murder after he tried running over a police officer Tuesday morning, officials said.

According to a sheriff’s news release, at about 5:29 am, on July 16, 2019, the suspect, Leaire Moore, 43, of Hesperia, was observed illegally dumping in the area of Orchid Avenue and Hackbery Street.

The responding deputy observed an older Chevy truck as described by the reporting party, and the driver quickly left the scene.

Officials said the deputy attempted a traffic stop on the truck and the driver did not yield, leading the deputy on a brief pursuit which terminated on E. Santa Fe Avenue near Darwin Road in Hesperia.

“As the deputy approached, the driver drove toward the deputy and a deputy involved shooting occurred,” stated the release.

Moore drove away and launched the pickup truck that was hauling a generator strapped to the trailer over the railroad tracks where it became disabled.

Moore abandoned the truck and ran, the sheriff’s department reports. His female passenger tried to flee but was caught.

“Detectives gathered information that indicates Moore may be in possession of a firearm. Deputies, K-9’s and aviation units tracked Moore for several hours but were unable to locate him. Moore is outstanding and an arrest warrant has been issued for him for Attempt Murder of a Peace Officer. He is considered an armed and dangerous suspect,” stated the release.

It is unknown if Moore was injured during the shooting. The deputy, nor the passenger, sustained any injuries.

The investigation is ongoing and anyone with information regarding Moore’s whereabouts is urged to contact Detective David Lara, Specialized Investigations Division – Homicide Detail at (909)387-3589 or Sheriff’s dispatch at (760)956-5001. Callers can remain anonymous and contact WeTip at 800-78CRIME or www.wetip.com.