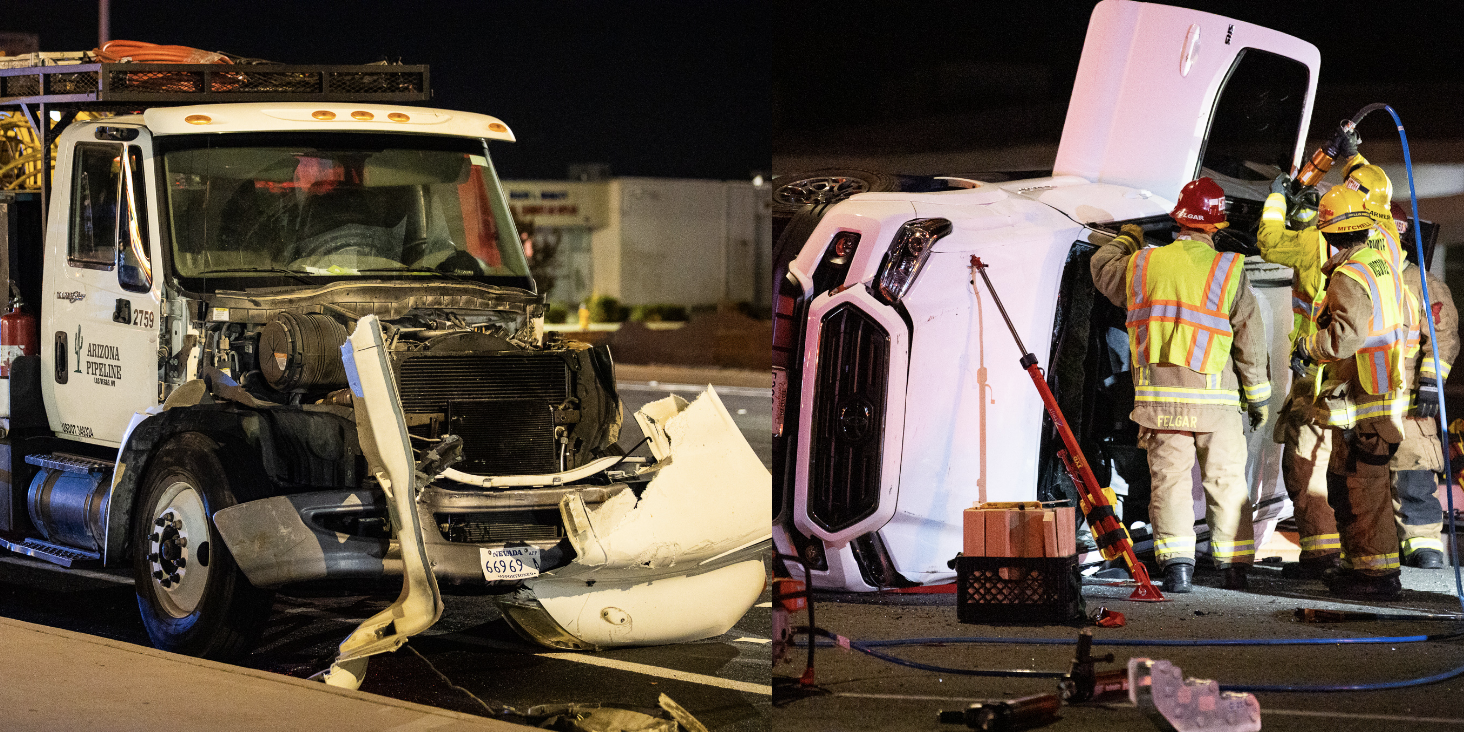 VICTORVILLE, Calif. (VVNG.com) — Ernest Moran, 32, was arrested for DUI after he fled the scene of a crash, police confirmed.

On July 19, 2019, at 9:46 pm, Moran was driving a utility truck belonging to his employer, Arizona Pipeline, northbound on Mariposa Road when he failed to stop at a red light at Palmdale Road.

Moran collided with a white Toyota Tacoma pickup truck that was occupied by two adults and two children, causing it to flip.

Moran continued driving for about half-mile and then ditched the truck near the Baker’s Burger on 7th Street.

“He was quickly spotted by a security guard near the Green Tree Golf Course. The security guard detained Moran until deputies arrived at the location,” stated Sheriff’s Spokeswoman Mara Rodriguez.

He was determined to be under the influence of alcohol and placed under arrest.

“The two adults were transported to a hospital for non-life threatening injuries, the children did not require medical attention at the scene,” Rodriguez stated.

He was booked at High Desert Detention Center for driving under the influence of alcohol, causing bodily injury. The case will be forwarded to the District Attorney’s Office for review and consideration of further charges.

According to public arrest records, Moran is a wanted fugitive by the Las Vegas Police Department and he is being held on PC1551.1 without bail as he waits for extradition. Moran is scheduled to appear in a Victorville courtroom for his DUI charge on July 23, 2019.

Work crews with the City of Victorville responded to repair and or replace signs and lights damaged in the crash.

Anyone with information about this investigation is asked to contact Deputy K. Campbell or SSS M. Felix at the Victorville Police Department at (760) 241-2911 or Sheriff’s Dispatch at (760) 956-5001. Callers wishing to remain anonymous are urged to call the We-Tip Hotline at 1-800-78CRIME (27463) or you may leave information on the We-Tip website at www.wetip.com.