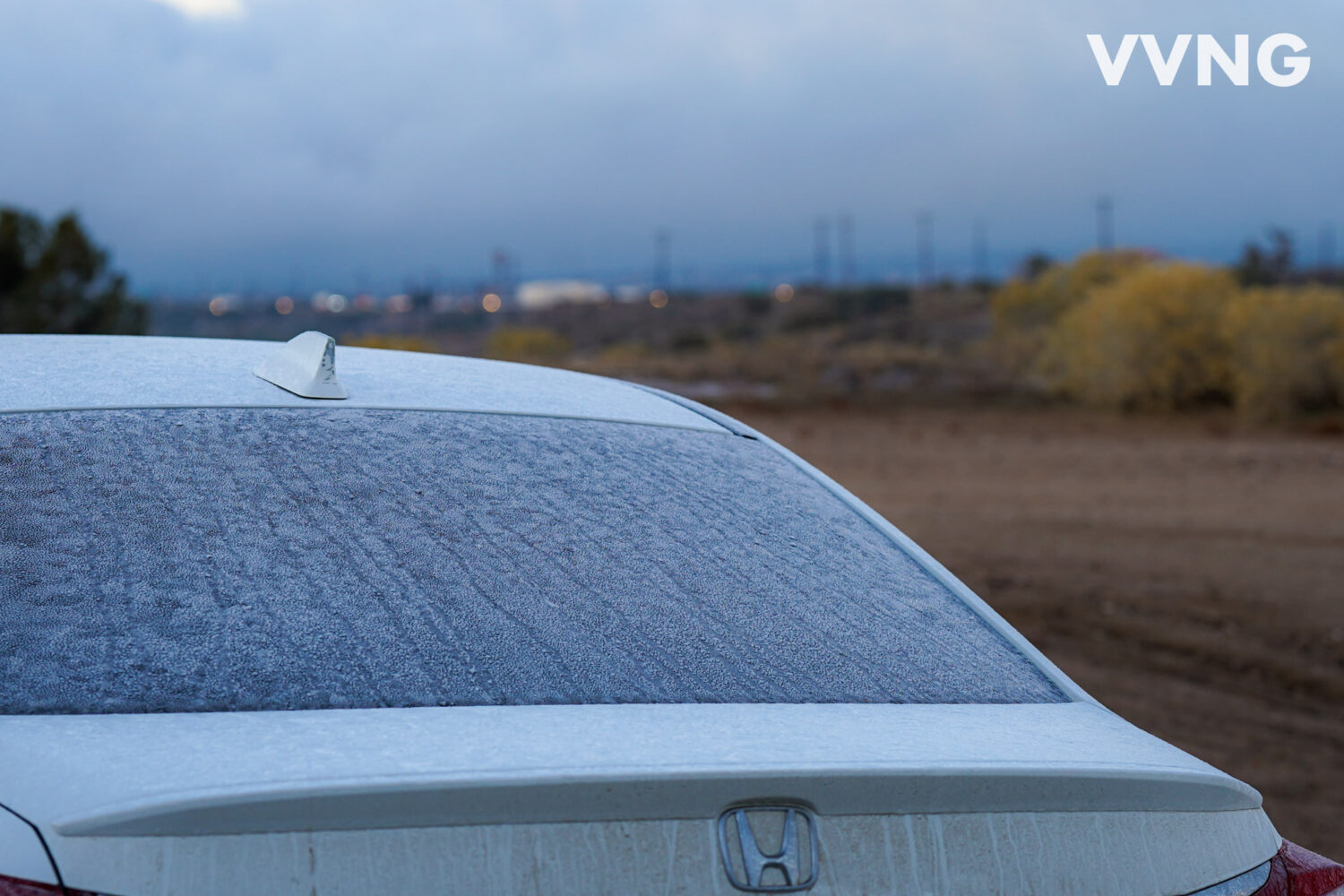 VICTOR VALLEY, Calif. (VVNG.com) – According to the National Weather Service areas of frost are expected after midnight tonight through Friday morning, and rain is possible this weekend through Monday.

Some residents of the Victor Valley woke up to frost layering their windshields and yards Wednesday morning, and commuters have faced thick fog all week through the Cajon Pass.

The same frost is expected again these next two mornings. Tonight is forecasted to be mostly clear, with a low of around 30 degrees and gusts of wind as high as 25 mph.

Thursday, December 8, is expected to reach a high of 52 degrees with areas of frost after midnight into Friday morning, with partly cloudy skies, and a low of 32 degrees. Winds are predicted to reach 20 mph.

The NWS also foresees rain as likely Saturday, mainly after 4 a.m. with partly cloudy skies and a low of 40 degrees. It’s expected to be breezy with a chance of precipitation at 60%, and the chance of rain continues until Monday.

In meteorology, precipitation is any product of the condensation of atmospheric water vapor that falls under gravitational pull from clouds. The main forms of precipitation include drizzle, rain, sleet, snow, ice pellets, graupel and hail.

Cover any weather-sensitive plants to help protect them from the cold by covering them with sheets, towels, blankets, cardboard, or a tarp before it gets dark, to trap in the most heat.

Bring in any pets, and turn off sprinkler systems to prevent frozen and or broken pipes.