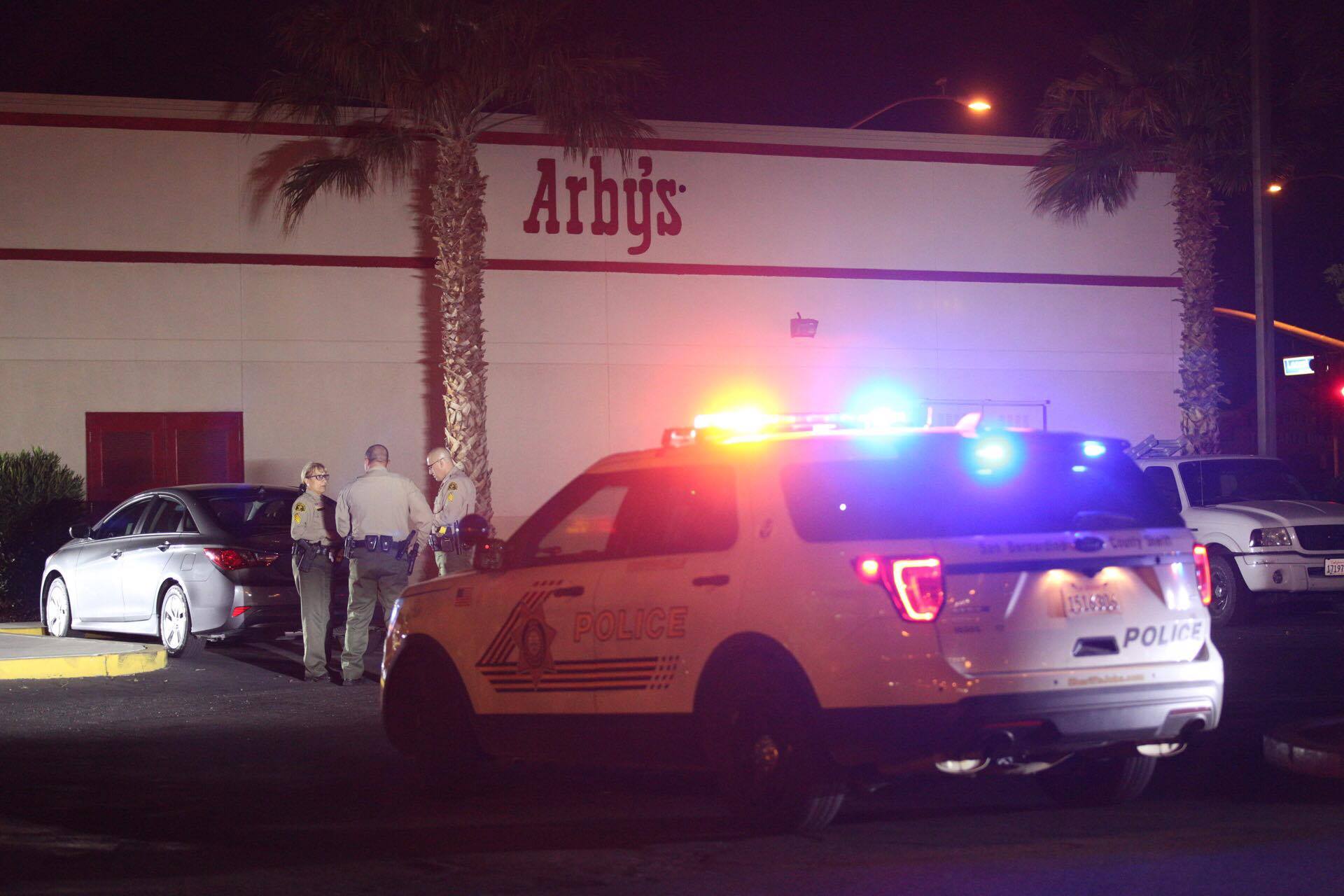 VICTORVILLE, Calif. (VVNG.com) Authorities are searching for a suspect who robbed the Arby’s restaurant at gunpoint Wednesday night.

At about 10:25 p.m. Sheriff’s deputies responded to the business located on the 15100 block of Bear Valley Road reference an armed robbery.

An armed male wearing a ski mask entered the business through a back door and stole an undisclosed amount of cash from the safe, Sergeant Shelly Kelly from the Victorville Police Department confirmed.

The suspect fled the location on foot prior to the arrival of deputies.

A sheriff’s helicopter was called in to assist but was unable to locate the suspect.

During the investigation an employee and a repairman were at the scene.

It as later determined the maintenance worker was working in the business after the location closed for the day. The maintenance man was using the rear door and the suspect saw an opportunity and ran inside with a handgun and committed the crime, stated Sgt. Kelly.

Join our newsgroup with over 96,000 members. JOIN HERE.