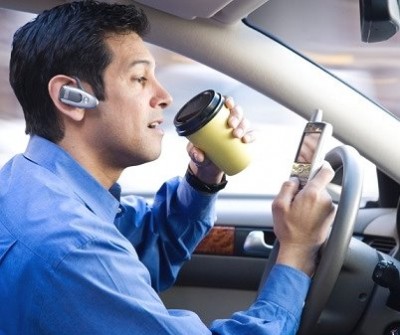 APPLE VALLEY: As part of April’s Distracted Driving Awareness Month campaign, Apple Valley Police will be joining with over 200 other local law enforcement agencies and the California Highway Patrol in a month long “zero tolerance” enforcement and education campaign to curb those texting or operating hand-held cell phones while driving. Officers will be on alert throughout the month for those who break the cell phone laws and place themselves and others in danger.  Special high visibility enforcement operations to cite cell phone violators will take place between April 3- 22, 2014.

The increased enforcement and education aims to persuade drivers to recognize the dangers of distracted driving and reduce the number of people impacted by this perilous behavior.  The “It’s Not Worth It!” theme emphasizes that a phone call or text isn’t worth a hefty fine or a collision. The current minimum ticket cost is $161, with subsequent tickets costing at least $281.

“We take the issue of distracted driving very seriously,” said Captain Lana Tomlin, of the Apple Valley Station. “Because we see the aftermath of these totally preventable crashes. Is that text message or cell phone call really worth $161, or worse, someone’s life?”

Drivers who use hand-held devices are four times as likely to get into crashes serious enough to injure themselves.  In addition, studies show that texting while driving can delay a driver’s reaction time just as severely as having a blood alcohol content of a legally drunk driver. According to research, sending or receiving a text takes a driver’s eyes from the road for an average of 4.6 seconds.  Even a three second glance at freeway speeds means a driver has traveled the distance of a football field.

Research shows that there is no difference in the risks between hands-free and hand-held cell phone conversations, both of which can result in “inattention blindness” which occurs when the brain isn’t seeing what is clearly visible because the drivers’ focus is on the phone conversation and not on the road.  When over one third of your brain’s functioning that should be on your driving moves over to cell phone talking, you can become a cell phone “zombie.”