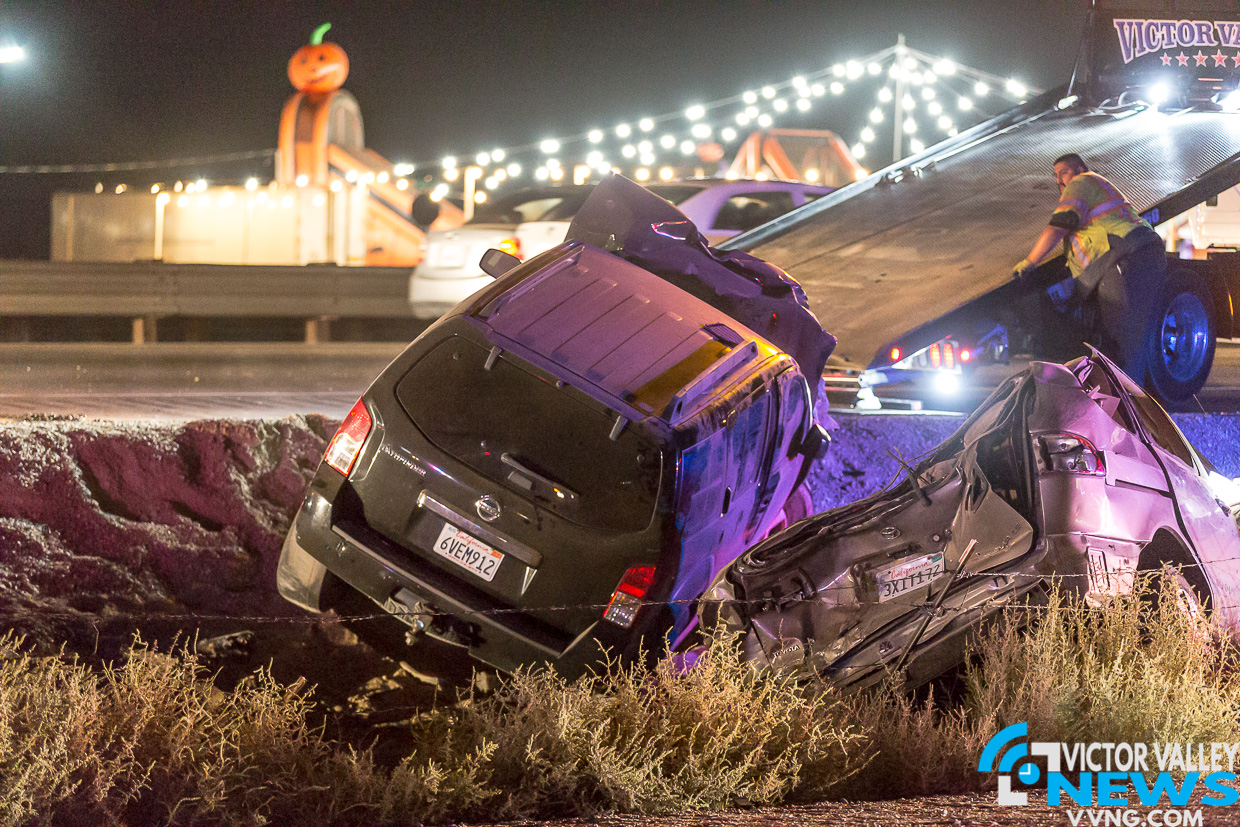 It happened on the southbound 15 Freeway Wednesday night at around 8:19 p.m. just north of Main Street.

CHP officials say the woman, whose name has not been released, was driving a Toyota Sienna van in the number three lane at an unknown speed when she was rear-ended by a driver in a Nissan Pathfinder traveling at about 75 miles per hour.

The impact caused the female driver to lose control and become fully ejected from the van as it rolled an unknown amount of times.

The driver was transported to Desert Valley Medical Center where she was pronounced dead at 9:03 p.m.

Through investigation, it was determined that a 24-year-old male driver of Victorville “became inattentive to the roadway by looking to the east,” CHP reports stated. Therefore the crash was due to his “inattention, and his unsafe speed for the slower traffic ahead of him.”

The male driver was also transported to a local hospital for complaint of minor injuries.

This collision is still under investigation by the California Highway Patrol Victorville Area Office.

Anyone with information regarding this collision is encouraged to contact the California Highway Patrol Victorville Area Office, at (760) 241-1186.

All inquiries or information can be made to Officer R. Mohatt, who is handling this investigation to its conclusion. 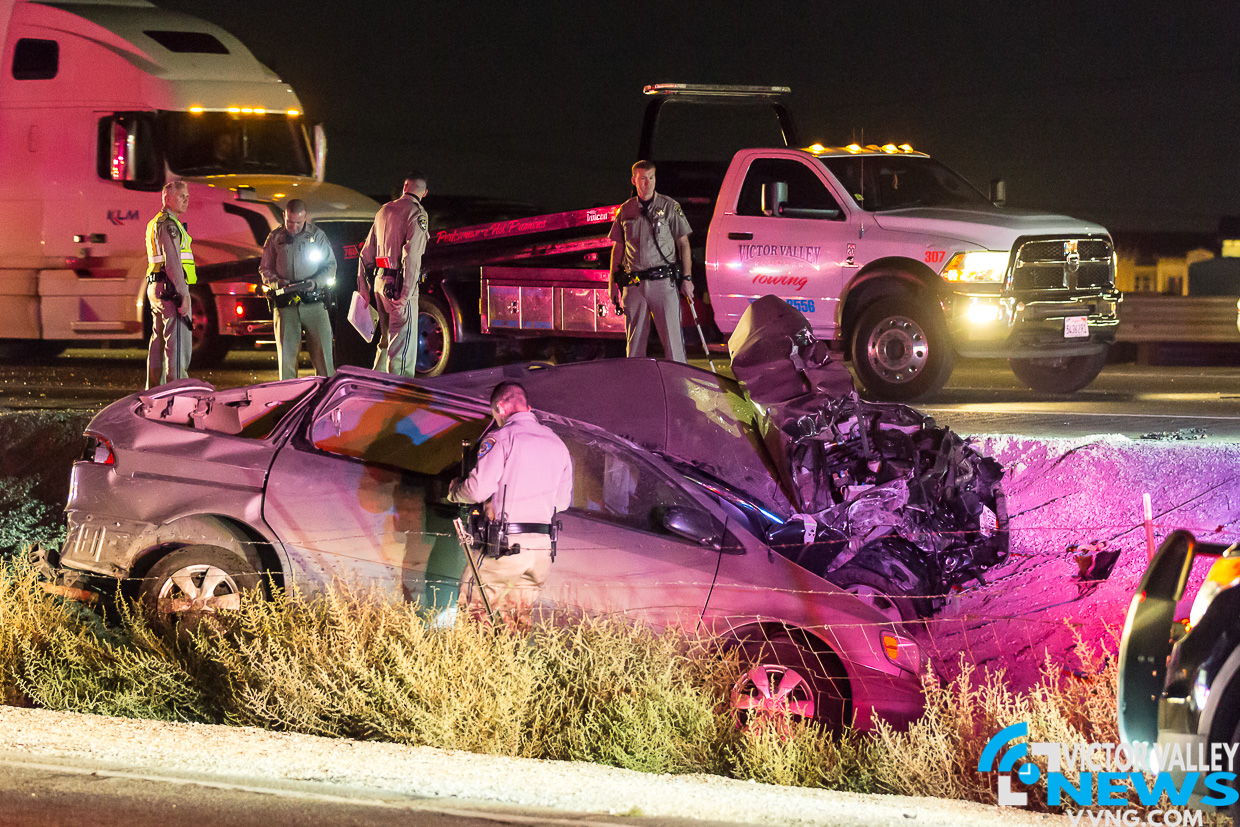 The Victorville man who rear-ended the woman was staring in the east.
(Gabriel D. Espinoza, Victor Valley News)