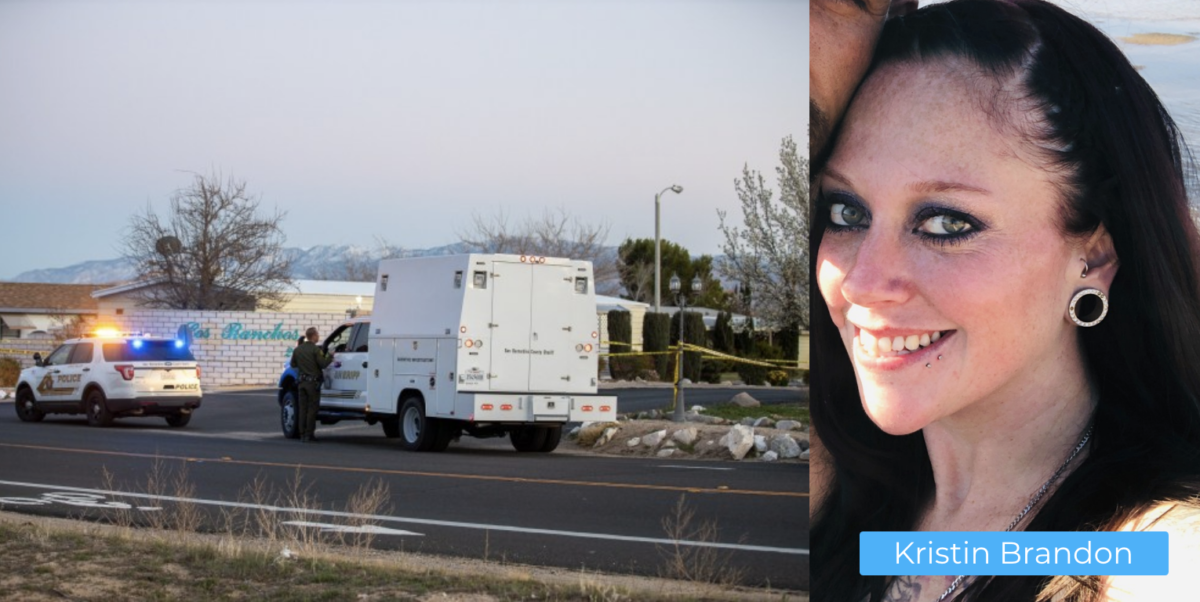 APPLE VALLEY, Calif. (VVNG.com) — After a 5-month long investigation, 28-year-old Kristin Brandon of Apple Valley was arrested and charged for the deaths of her two daughters who died three years apart, officials said.

The investigation was sparked on March 3, 2020 after Brandon’s 2-month-old daughter, Natalie Brandon, was pronounced deceased by medical personnel at Los Ranchos Mobile Home Park, according to a previous Victor Valley News report.

At the time, San Bernardino County Sheriff’s officials did not provide details into the investigation, only stating that it was ongoing.

On Thursday, August 13th, officials announced that during the last five months, detectives have gathered information and evidence that determined Kristen Brandon was under the influence, therefore negligent in her care of Natalie and ultimately smothered her.

While investigating the death of Natalie, detectives learned Kristin had a baby in 2017, Aryana Harper, who also died at two-months of age.

“Detectives reviewed the evidence in this case and located a witness that provided critical information which determined Aryana’s death was also a result of negligence while Kristin was under the influence,” officials said.

Homicide Detectives submitted their findings to the District Attorney’s office and they have filed murder charges in the death of Natalie and manslaughter for the death of Aryana.

The investigation is ongoing and anyone with information, or anyone who witnessed the incident, is asked to contact Detective Eric Ogaz, Specialized Investigations Division – Homicide Detail at (909)387-3589. Callers can remain anonymous and contact WeTip at 800-78CRIME or www.wetip.com.

Convicted felon found with loaded magazine and handgun in Barstow