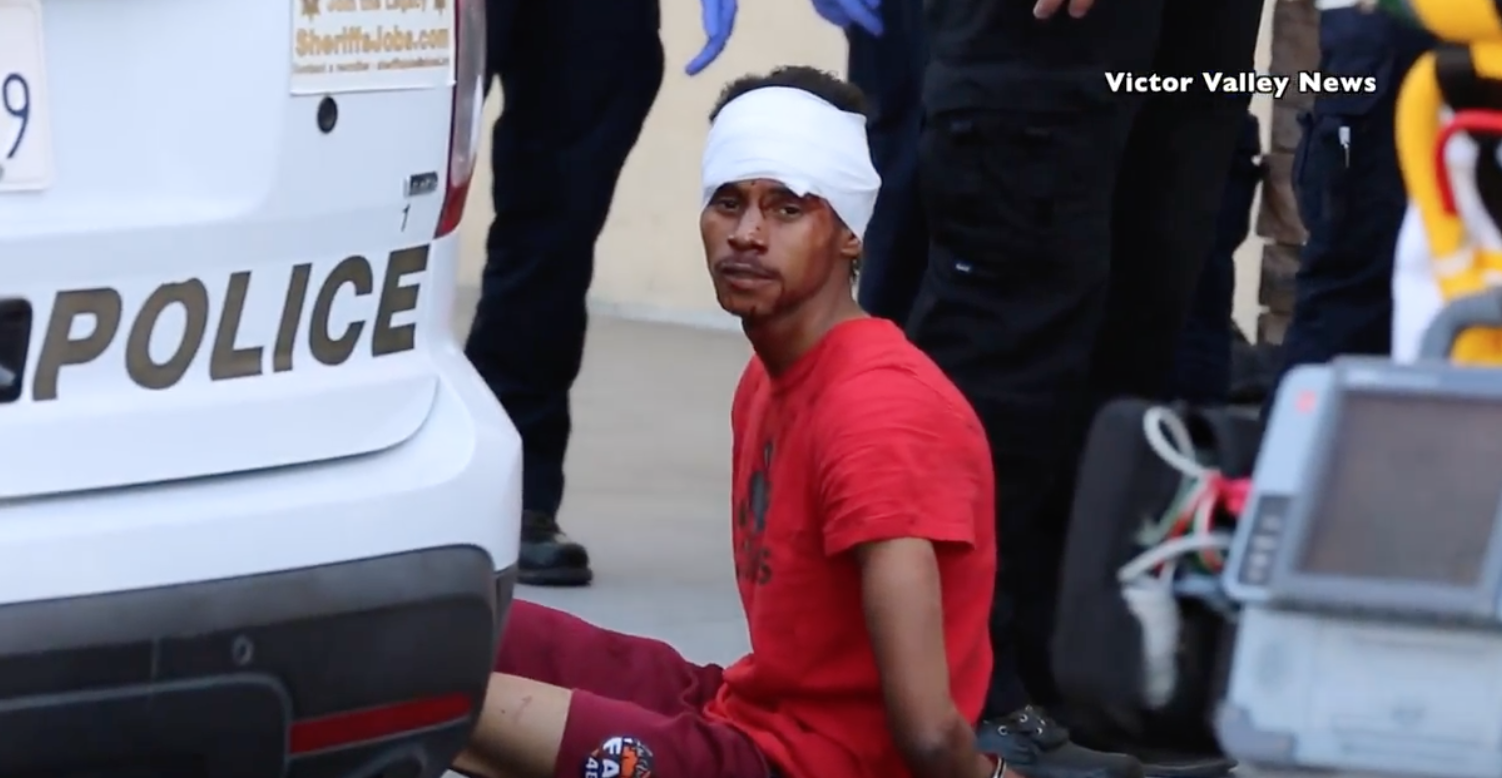 APPLE VALLEY, Calif. (VVNG.com) — Police are investigating a shooting that occurred at the Winco Supermarket located at 19047 Bear Valley Rd in Apple Valley that placed the store on lockdown.

According to Sgt. Evans with the Apple Valley Police Department, a suspect opened fire after a Loss Prevention officer interrupted a shoplifting in progress.

Authorities confirmed that a female suspect was holding a 6-month-old female infant and using a child carrier to stuff away store merchandise when she was confronted.

The male suspect, identified as Charles Scott, 24, of Hesperia, intervened and that’s when the gunshots were fired.

“A fight broke out with loss prevention and the male suspect during that altercation pulled out a handgun and fired several rounds,” stated Spokeswoman Trish Trumpler. “Loss prevention was able to take him to the ground and detain him and no one was injured.”

According to Trumpler, a store employee walking into work was injured during the scuffle but declined medical treatment.

The suspect was transported to a local hospital for treatment of his injuries sustained during the fight with the loss prevention officers.

The female suspect was later identified as Latoya Moore, 21, a resident of Hesperia.

As a precaution, the child was transported to a local hospital for evaluation.

Police confirmed all suspects are in custody and no customers were injured during the shooting.

Following the investigation, the store re-opened to the public at about 3:00 pm.