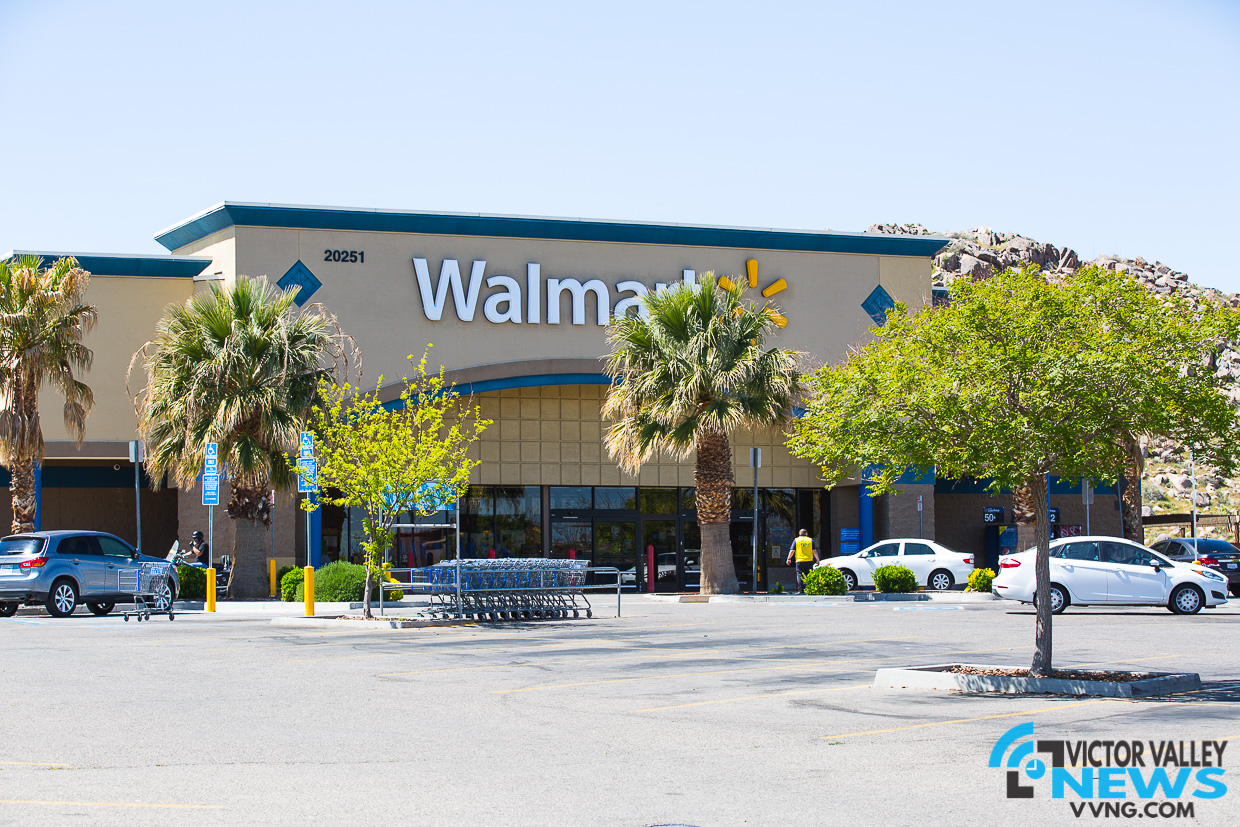 APPLE VALLEY, Calif. (VVNG.com) The Apple Valley Walmart will remain closed all day due to a small fire inside the store.

On Sunday, April 2, 2017, just before 8:00 a.m. firefighters from the Apple Valley Fire Protection District responded to the Walmart located at 20251 Highway 18 reference a fire inside the business.

According to Battalion Chief Buddy Peratt, units arrived and found a clothing rack that had been on fire. “The fire was extinguished by Walmart employees prior to our arrival,” stated Peratt.

Firefighters removed the scorched clothing racks from inside the store.

A couple of Walmart employees are greeting disappointed customers and advising them to return back tomorrow as the store will be closed all day.

The fire caused smoke damage to several nearby clothing racks. No injuries were reported as a result of the fire.

Investigators remain at the scene and the cause of the fire is under investigation for possible arson.