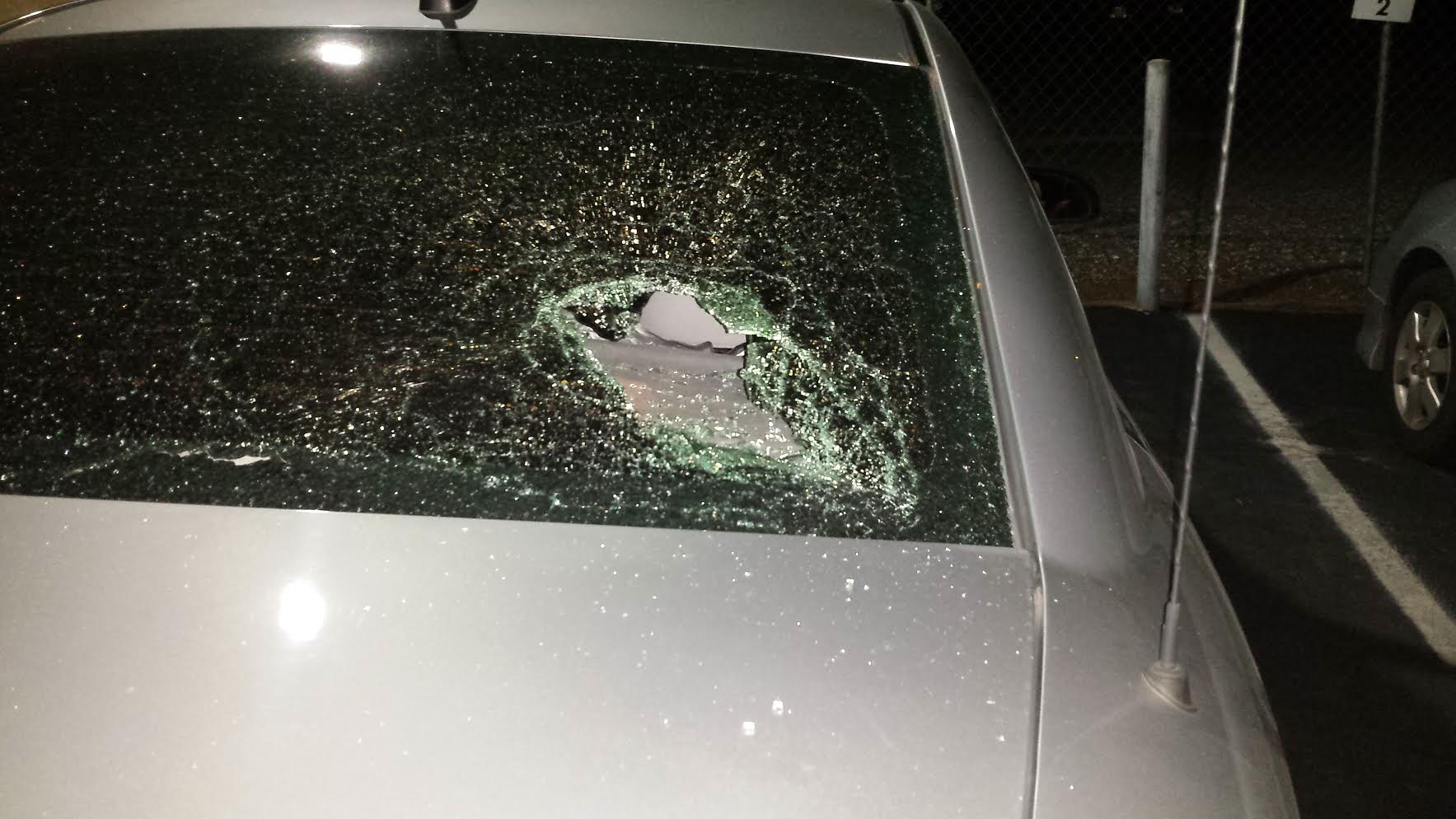 APPLE VALLEY-(VVNG.com): On Friday, July 24, 2015  an Apple Valley resident living in the 13600 block of Algonquin Road went outside to discover that her vehicle and mailbox had been vandalized. Although she thought the act may have been a random one time thing, she immediately called to report the vandalism. Being that she lived in the area for years and it was a quiet area this vandalism was very upsetting to her.

Her vehicle had damage to a tire, and the back windshield looked as though a large rock was thrown at it. When the tow truck driver from A Action Towing arrived at her home to pick up her vehicle, the driver explained that he noticed several of these incidences in the general area.

“There is someone out in our community vandalizing vehicles for no apparent reason. This is a hardship since this is my only vehicle I own to get me back and forth to work,” said resident, Veronica Orona. She said she wanted to make the community aware so they can be vigilant in watching and reporting any suspicious activity.

If you have any information or have been a victim to a similar incident you are asked to call the San Bernardino County Sheriff’s Department, Apple Valley Station at (760) 240-7400.