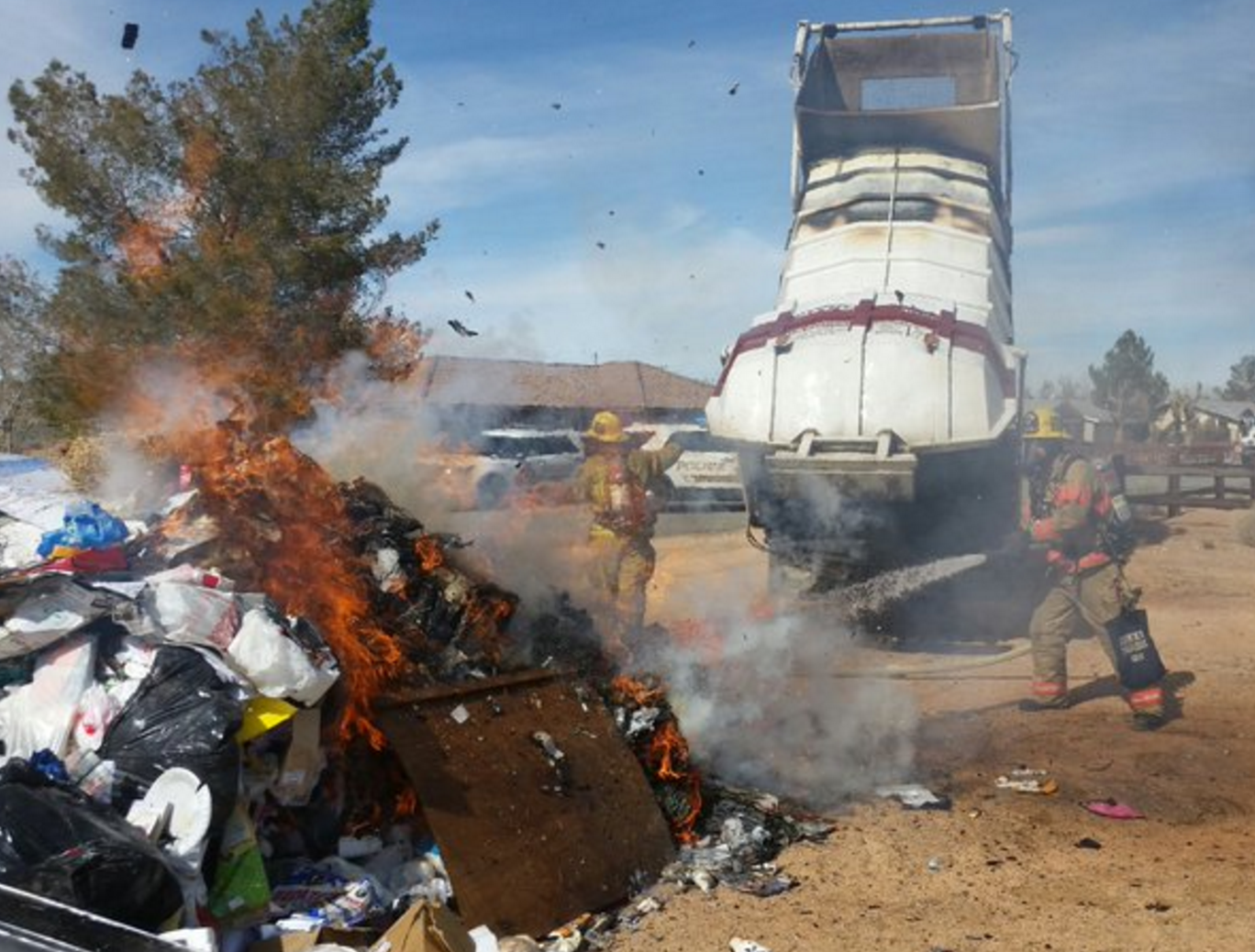 APPLE VALLEY-(VVNG.com): A nearly full trash truck caught fire on Wednesday afternoon causing the contents of the truck to have to be dumped in order to extinguish the fire.

At around 2:02  p.m. the Apple Valley Fire Protection District (AVFPD) was dispatched to the blaze on the 15000 block of Cheyenne Road.

The fire was out at by around 2:20 p.m. according to AVFPD officials. AVFPD Fire Marshal, Jason Nailon told Victor Valley News that the cause of the fire is believed to be discarded hot ashes.

There were no injuries and no damage reported as a result of this fire. This is the second trash truck fire in less than a month, the last being on Ocotillo Way near Flora Vista Road on Friday, February 12, 2016.