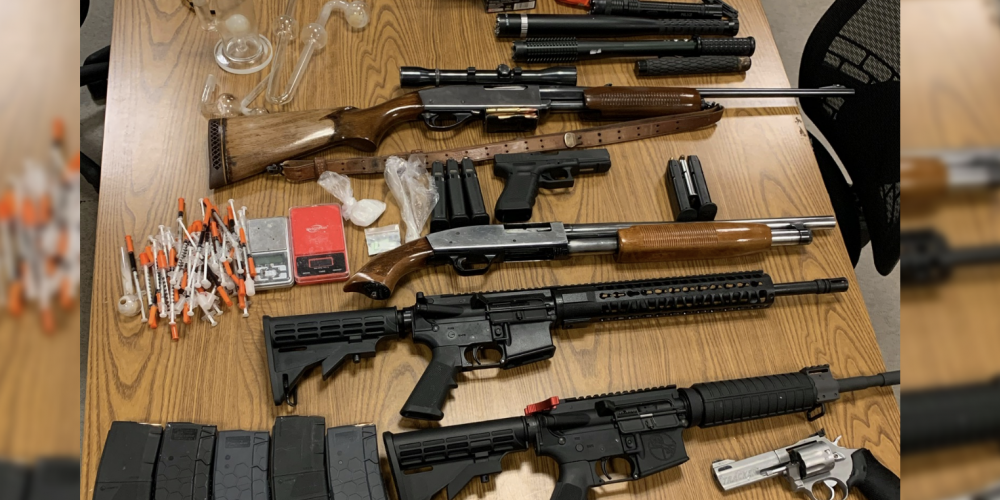 On April 10, 2020, at about 3:51 pm, Deputy S. Cullum was working traffic enforcement in the area of Dale Evans Parkway and Thunderbird Road when he stopped a red Dodge Charger for expired registration.

The deputy contacted the driver, 45-year-old Donald Hansing, a resident of Apple Valley, who was found to be on probation.

According to a sheriff’s news release, “a search of Hansing’s vehicle resulted in Cullum locating multiple loaded firearms including an AR-15 style rifle, ammunition, and methamphetamine. Hansing is prohibited from owning and possessing firearms due to his prior felony conviction.”

Deputy Cullum authored a search warrant for Hansing’s residence in Apple Valley where deputies located an additional firearm and ammunition.

Hansing was booked at the High Desert Detention Center for PC 29800(a)(1) felon in possession of a firearm, HS 11370.1(a) possession of controlled substance while armed, and PC 25850(a) possessing a loaded firearm in public.

Hansing is no longer in custody and was released from jail on April 11th, according to jail records.