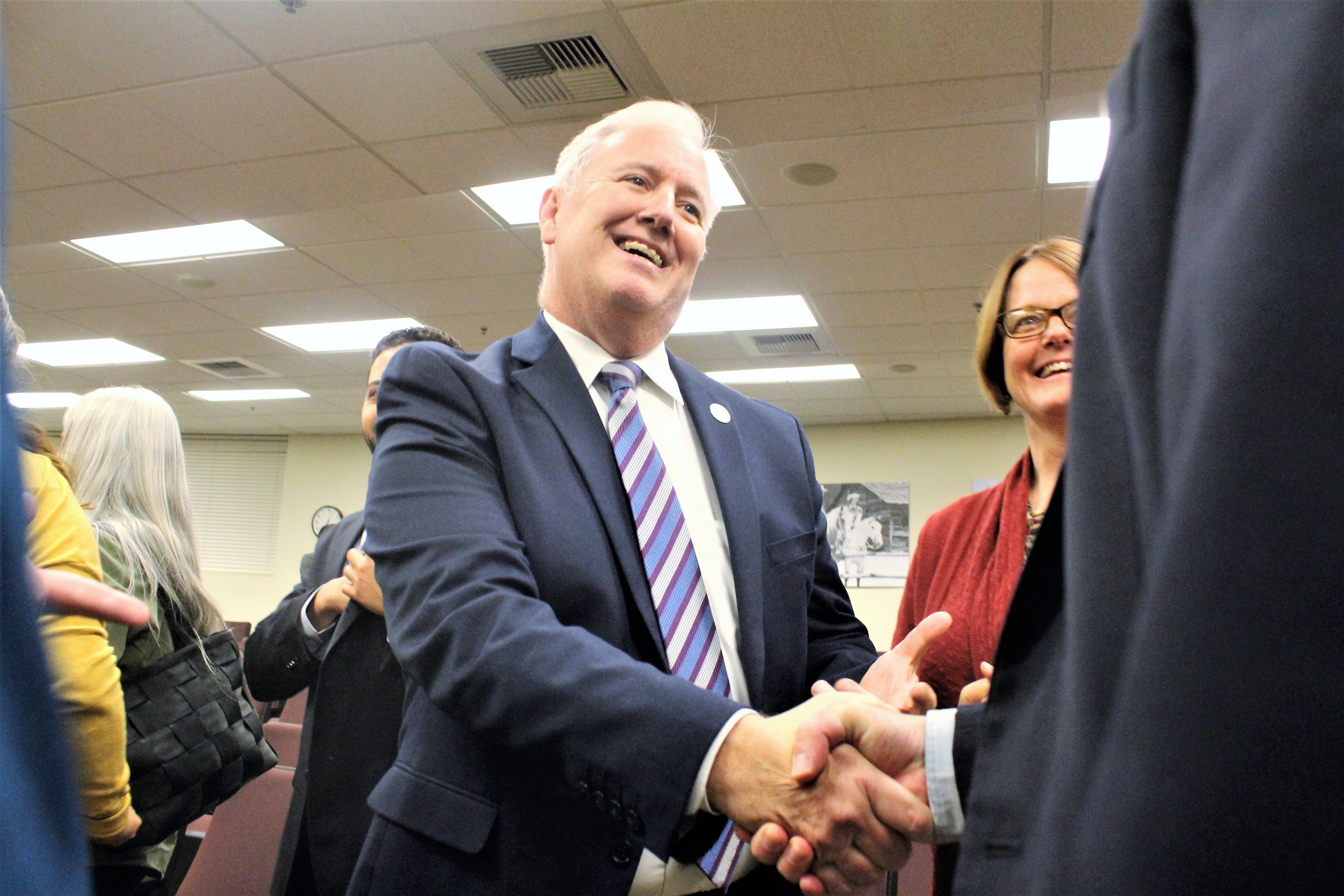 Apple Valley, CA – November 29, 2017: The Apple Valley Town Council announced at its November 28 meeting that Doug Robertson has been selected as the new Town Manager. He will step into his new role effective January 2, 2018. The position was vacated when former Town Manager Frank Robinson retired on July 28, 2017.

“Robertson will be the fourth permanent leader selected to serve as the Town’s top executive since incorporation in 1988,” said Town Spokesperson Gina Whiteside. “His proven expertise in organizational leadership, team building, and cultivating a customer-friendly atmosphere will ensure the Town continues on a path of success.”

Robertson has dedicated most of his career to the public sector. He has served as the City Manager for the City of Victorville since July 2011, having previously occupied the role of Deputy City Manager since March 2004. Prior to his service in Victorville, he held positions with California State University, San Bernardino, and the City of San Bernardino. He holds a Bachelor’s degree in Psychology and a Master’s degree in Public Administration (MPA).

During his time with the City of Victorville, Robertson consolidated two independent water districts in what was described as a “hostile” takeover and negotiated the settlement of a claim filed by General Electric from a potential $122 million cost to a $10 million credit. Additionally, he successfully negotiated a $54 million settlement in favor of the City for the failed Foxborough power plant and was the leading force in resolving a $13.4 million structural budget deficit in the City’s General Fund without cuts to public safety.

“The rising cost for Apple Valley’s public safety services and the ongoing proceedings to acquire the Apple Valley Water System from Liberty Utilities were at the top of our list of challenges when selecting the final candidate,” said Mayor Scott Nassif. “Mr. Robertson has an in-depth understanding of regional and local issues that directly affect our community. His demonstrated capacity to engage the public, build teams, and ensure transparency will strengthen the Town’s ability to provide vital services to our residents.”

“When I saw the opportunity in Apple Valley and the challenges mentioned in the recruitment brochure, I knew I had the ability and experience to help,” said Robertson, who noted that he had previously considered retiring until the position came open. “As a resident, I am looking forward to taking on the challenges my town is facing, and to build upon and add to the great work being done by the Town Council and staff.”

Robertson was selected from a nationwide pool of candidates in the recruitment process that was conducted by Ralph Anderson & Associates. He is an Apple Valley resident and has lived in the High Desert with his wife for 25 years.