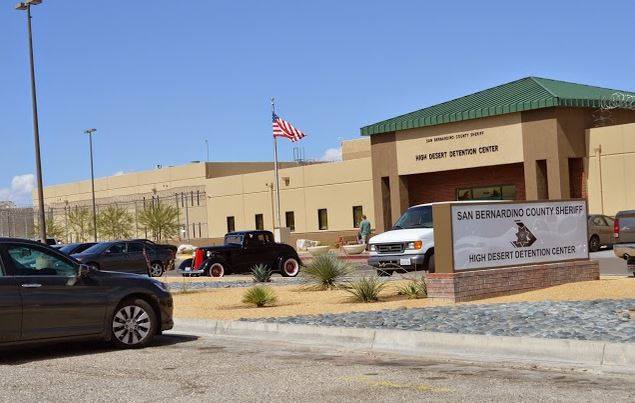 APPLE VALLEY:(VVNG.com)- On Monday, October 13th at approximately 1:40 p.m., as part of a pro-active truancy patrol, Apple Valley District Police were in the area of Highway 18 and Bass Hill Road in Apple Valley.  An officer on patrol noticed two male juveniles who he attempted to make contact with.

The two male Juveniles fled from the officer, running across Highway 18 and through the Super Target parking lot. The officer followed the two Hispanic male juveniles, ages 16 and 17-years-old. The 17-year-old juvenile pulled a 380 Hi-point handgun from his waistband.  As the officer noticed the weapon being pulled from his waistband and in order to protect innocent bystanders in the parking area used his patrol unit to knock the 17-year-old to the ground.

Upon searching the area a 9mm Smith and Wesson handgun that the 16-year-old juvenile had tried to dispose of was located. The handguns that were later determined to be stolen were recovered loaded with hollow point ammunition in the magazines.

The 16-year-old juvenile was booked into the High Desert Detention Center on charges of PC496 (receiving/obtaining stolen property), PC182 (conspiracy to commit one or more felonies), PC12031(carrying a loaded firearm) and PC664/187 (attempted murder).