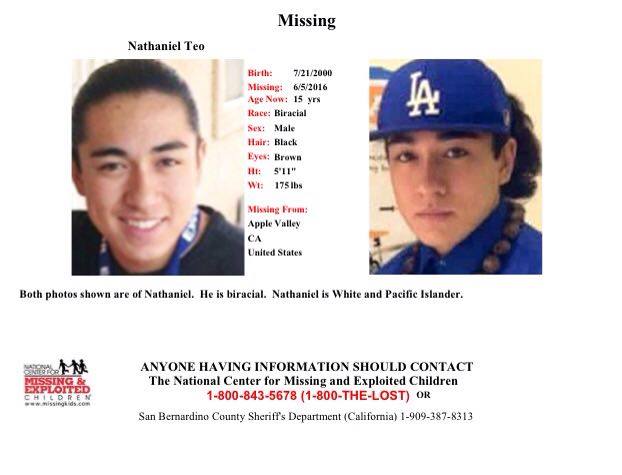 APPLE VALLEY:(VVNG.com)- Nathaniel James Te’o disappeared from his home on June 5, 2016. His mother, Jenny Lynn, found that Nathaniel had left before she and his father woke up that morning.

Te’o left with his black Nike backpack, all of his white T-shirts and tank tops, and his Nike socks. He is commonly known to wear a hat or a visor with Mickey Mouse on said visor. He is 5’11” and approximately 170 lbs with an athletic build, he is Caucasian and Samoan, he has black wavy shoulder-length hair and usually wears it in a ponytail but will occasionally wear it down with a hat. Date of birth is 7/21/2000 (15 years old).

According to Jenny Lynn, this is not the first time Te’o has run away after he started dating a fellow student at Excelsior Charter School. Since then, he has run away twice (this being his third time), stopped attending classes, and began acting out at home.

Te’o’s family has asked police on multiple occasions to check several locations in hopes of finding him at either residence. Unfortunately, he still has not been found. 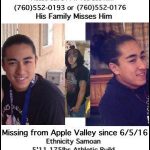 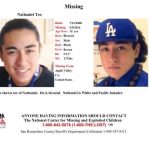 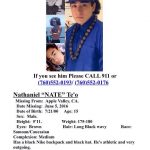