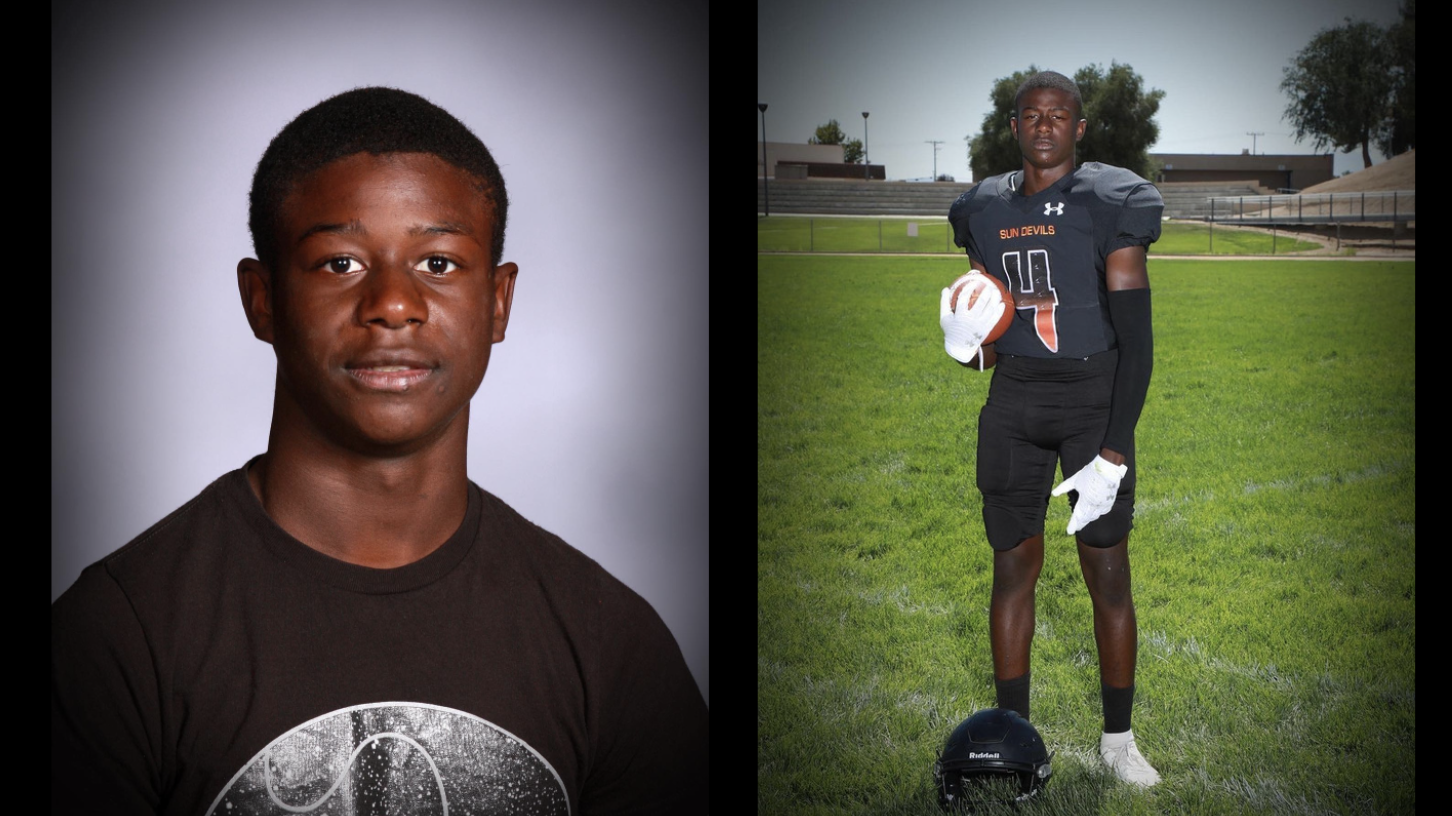 APPLE VALLEY, Calif. (VVNG.com) — Lawrence A. Andrews was identified as the 14-year-old killed in a hit-and-run crash Tuesday night in Apple Valley. His sister L’Oréal, has launched a Gofundme page to assist with funeral expenses.

At about 8:10 pm, on October 19th Lawrence had finished volunteering for pee wee football and started walking away from James A. Woody Park. His step-mother and two younger siblings had just finished crossing the road.

Witnesses reported a white or silver two-door coupe traveled east on Ottawa Road at over 60 miles-per-hour when it struck Lawrence.

“They didn’t even try to stop and left my brother there to die,” stated his sister L’Oréal in the Gofundme.

Investigators believed the suspect vehicle to be a Nissan 350Z or an Infinity G35 and as of Wednesday afternoon, no arrest had been made in the case. The vehicle is reported to have tinted windows and extensive front-end damage.

Vanessa Martinez, a member of the VVNG Facebook group, commented on a post and said she and her husband were there along with other people. Vanessa said there was lots of crying and some people were screaming. “I never heard my husband screamed like how he did last night, EVER! He is traumatized and still processing it. As for me my mind was in shock I couldn’t process what we witness along with others. The driver did not care, did not stop, NOTHING AT ALL.”

VVNG member Marie Clinedinst commented on a post and said Lawrence was helping coach her grandson’s football team last night. “Volunteering to share his knowledge of a game he loved to play himself. A young man who would give of his time to help others speaks volumes of his character,” she stated.

The Apple Valley High School Football Instagram account posted and said, “The Sundevil Football Family lost a great one last night. His laughter, sincerity, grit, and passion for football, family, and friends will truly be missed. We love you Lawrence and know your impact on all of us will always be remembered and carried on.”

The Apple Valley Little League announced a moment of silence would be held for Lawrence on the James Woody Park fields at 7:00 pm Wednesday.

The Apple Valley Unified School District said crisis counseling and support have been made available to students and staff who feel the need. “We are deeply saddened by the loss of one of our Apple Valley High School students, sophomore Lawrence Andrews.

L’Oréal said her brother didn’t even get to see his 15th birthday that would have been on October 29th.

“Anything you give will help us out tremendously. He was a great kid a great brother and I loved him very much but I never got the chance to actually tell him that. I would move mountains for that boy and more,” she stated.

Donations to help Lawrence’s family can be made via the following link: Help me lay my brother to rest

The investigation is ongoing and anyone with any information or anyone who may have witnessed the collision is asked to contact Deputy R. Grissom or Deputy J. Malocco at the Apple Valley Sheriff’s Station at (760) 240-7400 of Sheriff’s Dispatch at (760) 956-5001. Callers wishing to remain anonymous are urged to call the We-Tip Hotline at 1-800-78CRIME (27463), or you may leave the information on the We-Tip website at www.wetip.com.