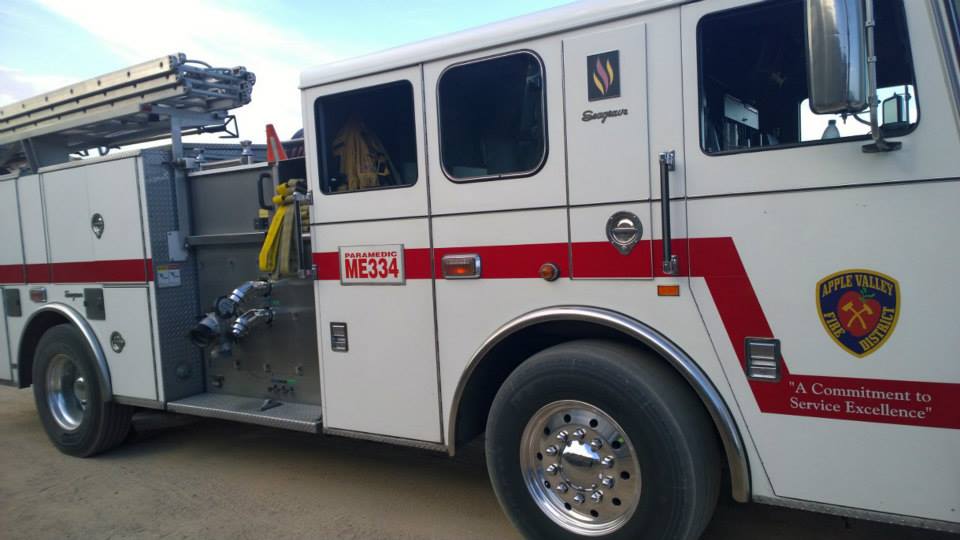 APPLE VALLEY-(VVNG.com): Dispatch received a report of a teen boy who was seriously injured after a van fell on top of him.

On Thursday, July 30th at about 5:30 P.M., the teenage boy described to be approximately 16-years-old, was working on a van in the 20300 block of Rimrock Road in Apple Valley. For unknown reasons the van fell on top of him, trapping him underneath the vehicle.

According to authorities, neighbors attempted to lift the van in order to free the teen boy. When Apple Valley Fire Protection District arrived on-scene they assumed the rescue.

The teenager was airlifted to a trauma hospital for treatment of unknown injuries.