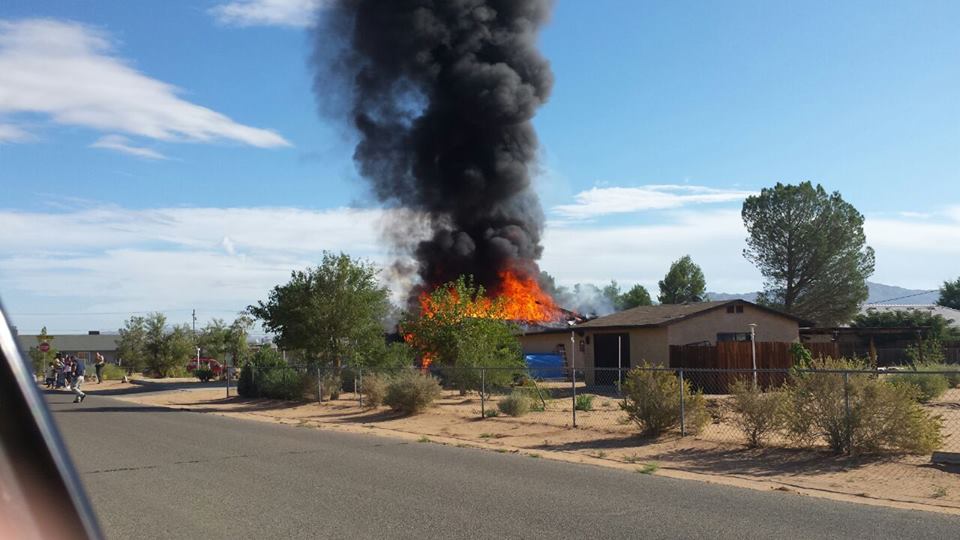 APPLE VALLEY:(VVNG.com)- Just after 8:45 a.m., on Wednesday there were multiple reports of popping sounds coming from the garage of a home located on the 21000 block of Standing Rock Avenue in Apple Valley. Witnesses driving through the area arrived to a well engulfed structure fire mostly concentrated to the garage area of the home just before first responders that were enroute.

Photo by: Jean Myers via VVNG

There were no injuries reported as a result of the fire. American Red Cross was called to the scene to provide assistance to the residents of the home. Friends of the occupants of the home shared that the dogs fortunately did get out of the home safely. However there was a Parrot living in the home that did not survive the blaze.

A total of 14 firefighters worked hard to contain the fire and were able to reduce damage to the home. The fire was extinguished  in less than a half hour of their arrival at the scene. Damage was limited to mostly the garage area resulting in an estimated $40,000 loss. The fire is still under investigation at this time.