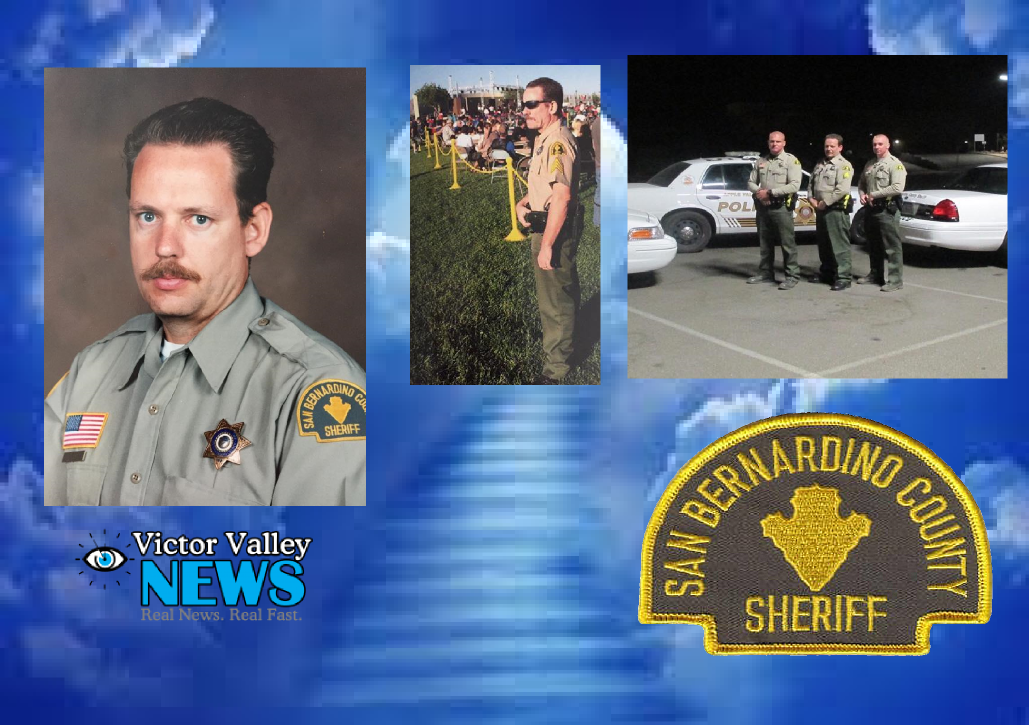 APPLE VALLEY-(VVNG.com): Phelan resident, Sgt. Robert Rose worked out of the Apple Valley Station and was a 20-year veteran of the department. Rose conquered plenty of battles with his assignments at the West Valley Detention Center, Big Bear Station, Victorville City, Specialized Investigations High Tech and the Apple Valley Station. He also served 4 years with the San Bernardino Police Department.

There is one fight that Rose also fought valiantly against which was stage 4 kidney cancer he was diagnosed with in November 2014. Rose went through several surgeries, radiation treatments and Chemotherapy, but none were able to save the life of the well-loved and respected Sergeant. Rose is survived by his wife, Debbi, his three children and his two grandchildren.
According to his son, Eric Rose his father was not only a dedicated public servant, but also a dedicated father who dedicated much of his time helping other people.

“A fond memory I have of him is a story of when he was a patrol deputy in Big Bear, an older gentleman was mugged and his social security money he had just received was stolen. The man was devastated, had no money to support himself for the month, and no family to help him. My dad asked how much he needed and withdrew his own money from the atm and gave it to him. That was the kind of man he was, selfless and willing to put others needs before his in any circumstance,” said Rose.

There will be a Celebration of Life held for Rose that will be open to the public at High Desert Church located at: 14545 Hook Blvd in Victorville on May 18th at 11:00 A.M.

“He was a good man and left a proud legacy for his family and his deputies to follow in,” added his son.