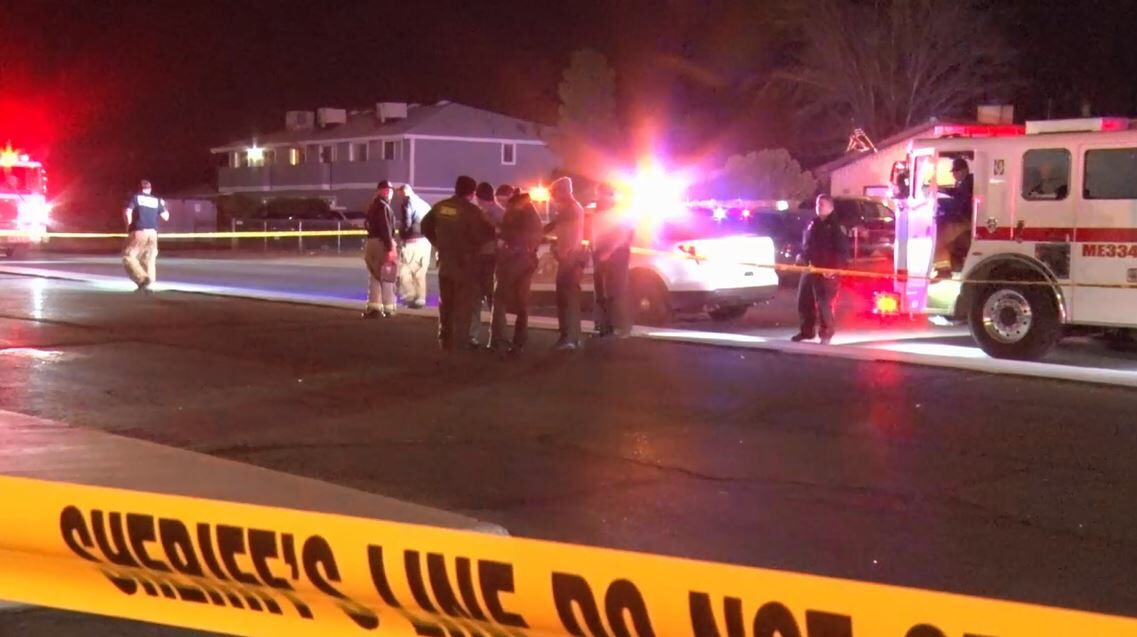 San Bernardino County Sheriff’s deputies with the Apple Valley station received reports of a possible drive-by shooting at a gathering near the intersection of Algonquin Road and Yucca Loma Road, scanner traffic reported.

Scanner traffic indicated that the suspects may have fired a shot gun at the victims.

According to a photo journalist at the scene, It appeared as if their was some sort of Vigil going on at the time of the shooting as their were multiple lit candles around a car parked at an apartment complex.

A medical helicopter was requested but later cancelled due to weather. Information on the condition of the victims was not immediately available.

Details regarding the shooting are currently unknown. Information will be updated as it becomes available.