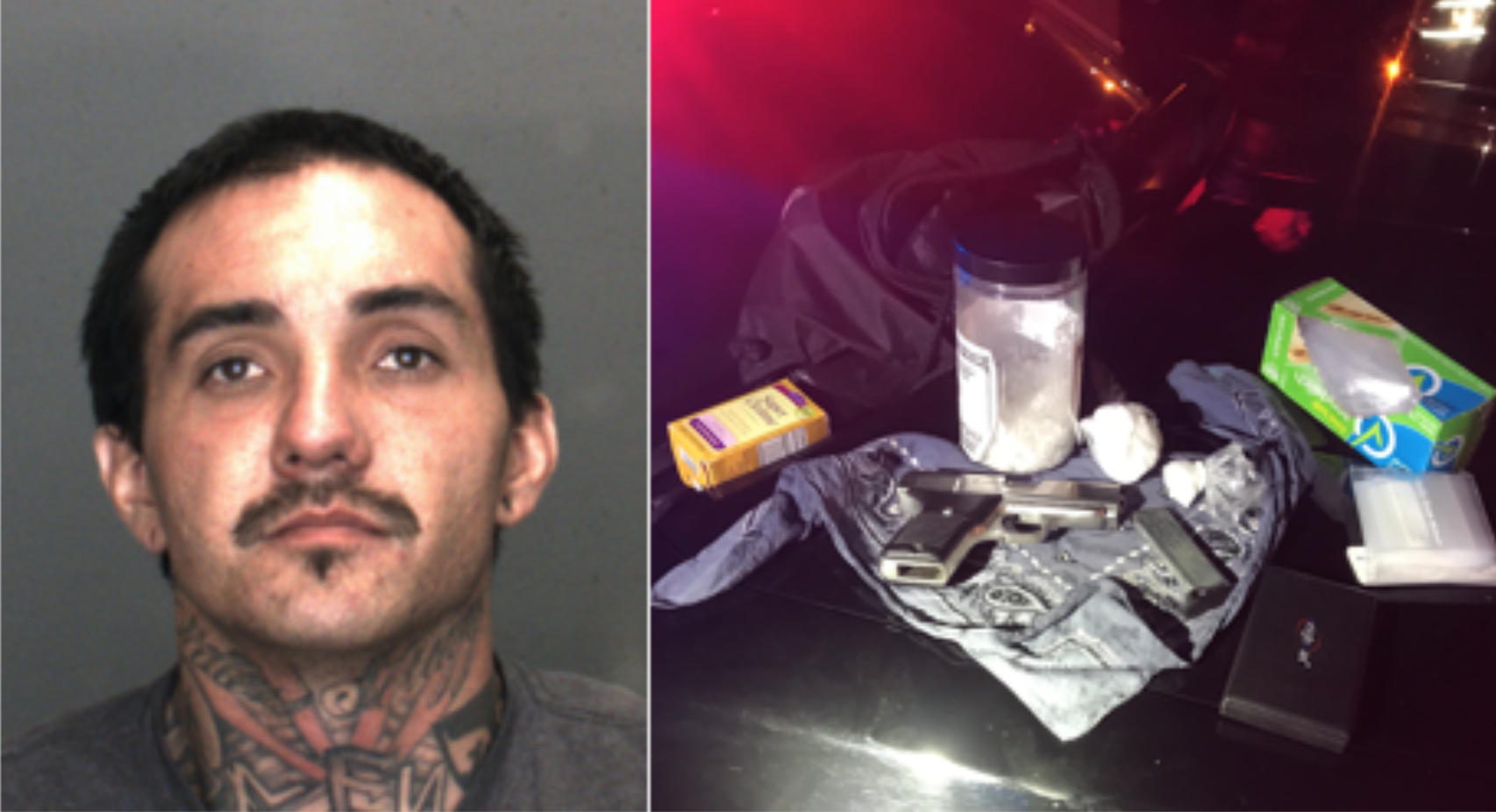 It happened on April 23, 2019, at about 10:40 p.m., when Officer Rudy Perez from the Barstow Police Department was on patrol on the 1100 block of East Main Street in Barstow.

Peterson’s vehicle, a white 2003 Chevrolet Trailblazer, had inoperable tail lights and was pulled over.

During the traffic stop, it was discovered that Peterson had an active arrest warrant for a parole violation.

“Officer Perez placed Peterson under arrest and as he did, he observed a .380 handgun and drug paraphernalia on the front passenger seat of the vehicle,” Police officials said in a news release.

“Officer Perez conducted a search of the vehicle and located approximately eight (8) ounces of methamphetamine, a scale, and baggies used to package illicit drugs,” the report stated.

Perez also located numerous fraudulent and forged checks made out to different people and a computer used for printing new fraudulent checks. Perez photographed all of these items and collected them as evidence in this investigation.

For the mentioned charges, he is being held in lieu of a $150,00 bail and is scheduled to appear in a Victorville courtroom on April 30th at 8:30 a.m.

He has a second court appearance scheduled in Victorville on April 30th for a shoplifting charge. His bail for that is set at $25,000.

According to public court records, Peterson has a third appearance scheduled on May 2, for violating his parole. That offense is not bailable.

Anyone with additional information regarding this investigation may contact Officer Rudy Perez at the Barstow Police Department (760) 256-2211. People with information who wish to remain anonymous can contact We-Tip at 1-800-78-CRIME (27469) or online at wetip.com.