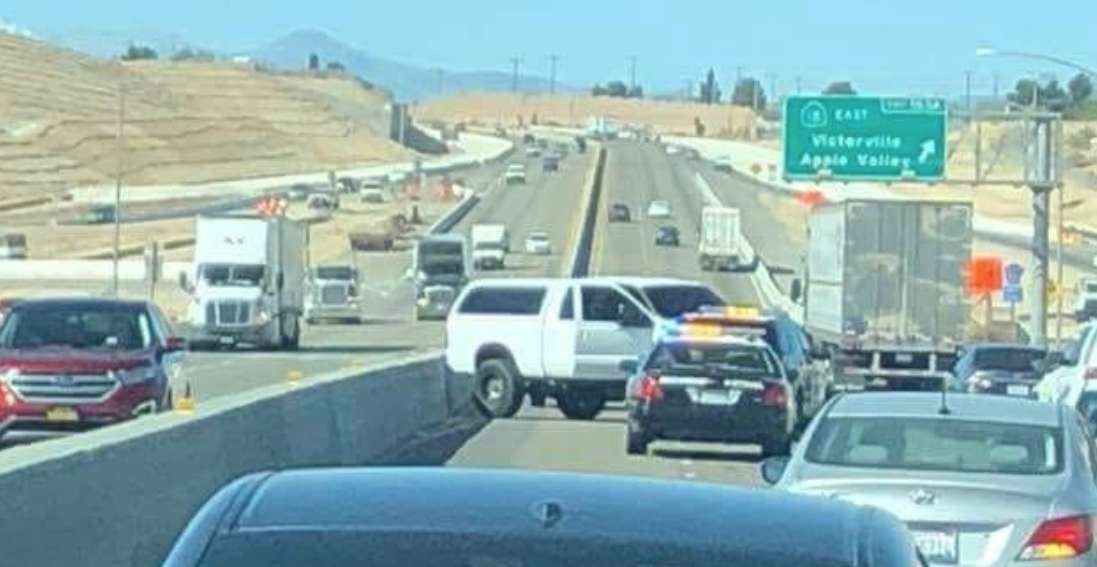 APPLE VALLEY, Calif. — (VVNG.com) — At least one person was taken into custody following a wild high-speed pursuit that ended on the southbound I-15 freeway here Thursday.

At about 9:25 am. Victor Valley News Group member Jennifer Guerrero posted that she had just seen a high-speed pursuit heading westbound on Highway 18, near Kiowa Road in Apple Valley.

Other group members, joined the conversation and continued to share updates on the pursuit involving a white lifted pick-up truck and the recklessness of the driver.  “He was driving in oncoming traffic and almost hit a few of us,” stated Lori Kushaney.

With no regard for public safety, the suspect continued to evade pursuing deputies at a high-rate of speed and the chase continued into Victorville city where the suspect entered the SB-15 freeway from the D Street on-ramp.

Moments later, the truck crashed into the center divider causing the truck to face the opposite direction of traffic. Officials immediately stopped southbound traffic between Stoddard Wells Road and D Street as they took the suspect into custody.

At this time, details on what led deputies to engage in the pursuit are unknown. Sheriff’s officials told Victor Valley News the investigation is on-going and headquarters would send out a press release with additional details in several hours.