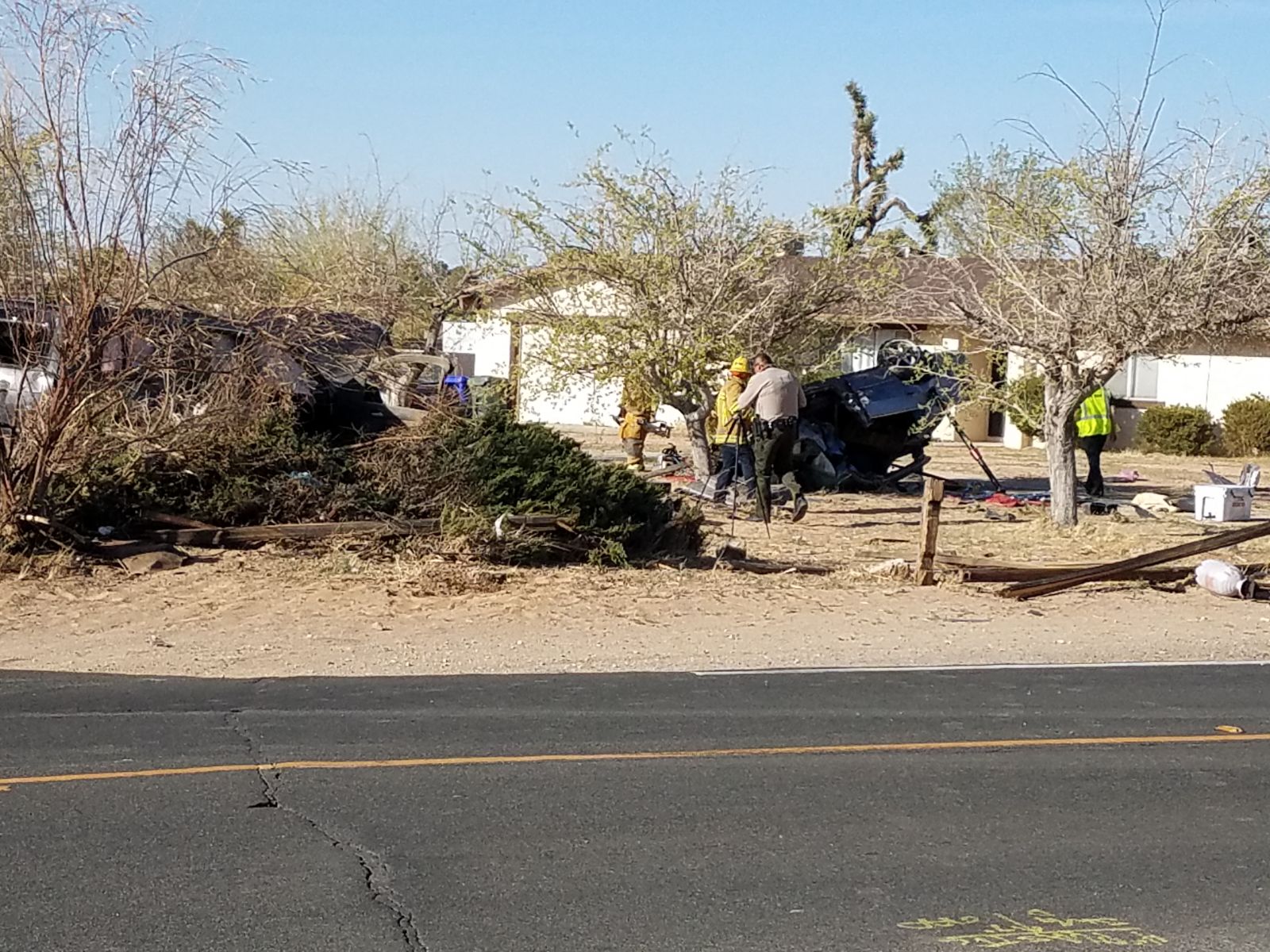 APPLE VALLEY, Calif. (VVNG.com) — A suspect fleeing from a deputy died after crashing into an innocent woman’s SUV Thursday in Apple Valley.

Sheriff’s Spokeswoman Jodi Miller told VVNG a deputy attempted a traffic stop at Bear Valley and Iroquois for vehicle code violations and the suspect failed to yield, leading the deputy on a short pursuit.

Firefighters from the Apple Valley Fire Protection District responded to the incident and reported extensive extrication would be required to free the male trapped inside the vehicle.

California Highway Patrol Helicopter H-80 landed in a field nearby and airlifted the female driver of the SUV to Arrowhead Regional Medical Center. Miller said the driver was transported for precautionary reasons and had no visible signs of injury.

The male suspect was pronounced deceased at the scene and firefighters reported the extrication would be changed to a body recovery.