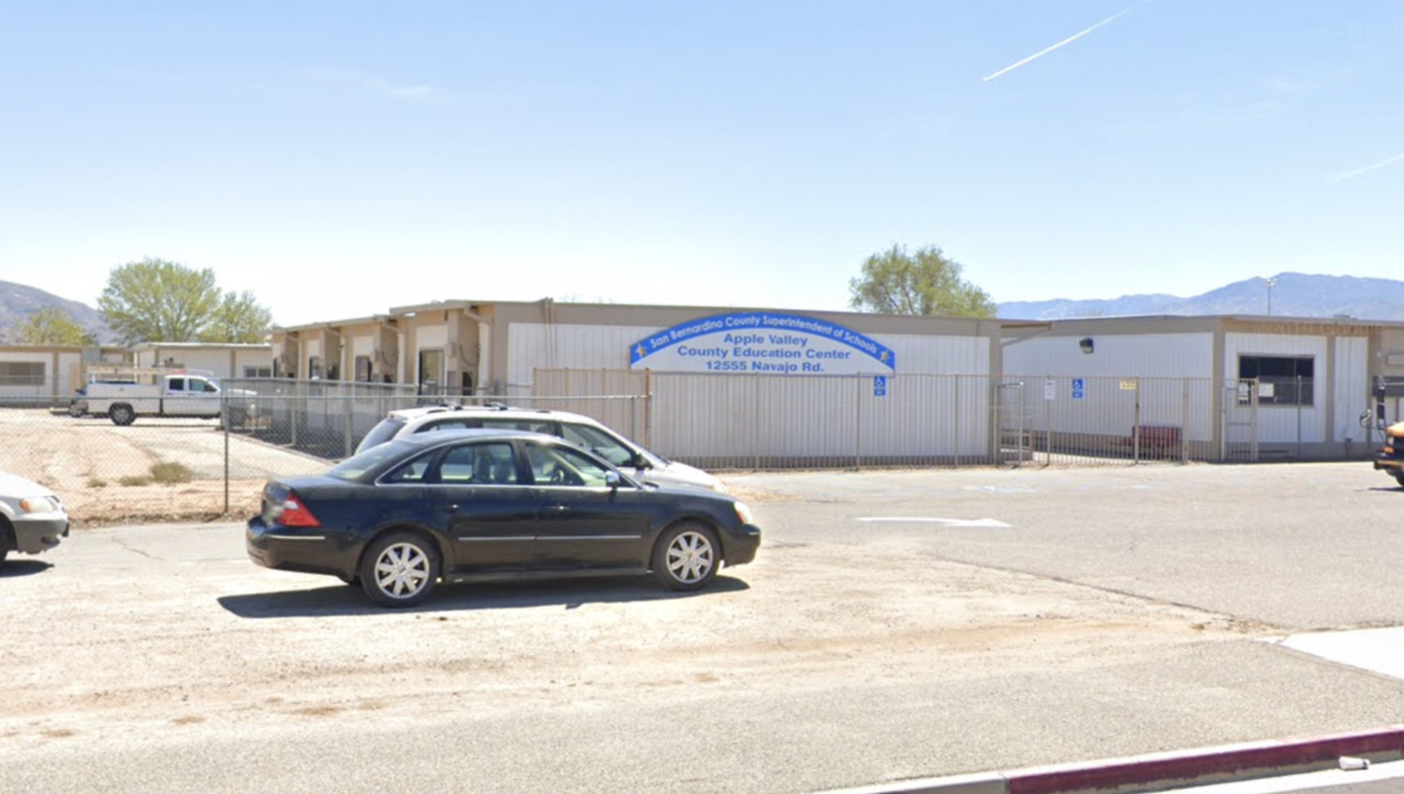 APPLE VALLEY, Calif. (VVNG.com) — A 14-year-old student who made prior threats to “shoot up the campus” was arrested after he kicked a security guard in the ribs as he attempted to leave the school, officials said.

It happened on Wednesday morning at the Apple Valley County Education Center located in the 12500 block of Navajo Road.

Just before 11:30 am, deputies responded to the school reference an assault call.

Upon arrival, it was discovered a male juvenile attempted to leave campus during school hours but was stopped by campus security prior to exiting the gate.

“The male juvenile became upset after he was not allowed to leave, kicking the security guard in the ribs. It was also discovered the male juvenile had been making verbal threats to “shoot up the campus,”” stated sheriff’s spokeswoman Jackie Alban.

The juvenile was taken into custody for PC71, threats and assault to a public official on school grounds, and transported to Central Valley Juvenile Detention Assessment Center.

Anyone with information is asked to contact Deputy M. Whitecloud and reference case #181903853.

UPDATE@ 2:00 PM: According to Zoee Widener, Public Information Officer with the Apple Valley Unified School District the teen is a student with the San Bernardino County Super Intendent of Schools program and the AVUSD does not have any oversight on the program. Widener also stated the county is leasing the property from the school district.

Correction: The name of the school where the incident occurred is Apple Valley County Education Center and not Apple Valley Middle School as previously reported.